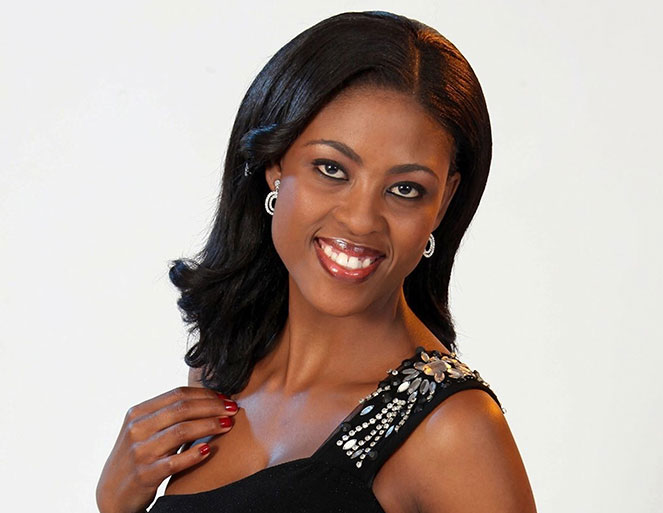 Soprano Kelebogile Besong made her North American debut as Aida with Pacific Symphony in 2017. This season she makes her role debut as Desdemona with the orchestra. She also joins Opera Saratoga in her role debut as Cio-Cio-San in Madama Butterfly. Last season, she sang Aida at Theater Dortmund and also recently sang Countess Almaviva in Le Nozze di Figaro at the Hyogo Performing Arts Center in Japan. She joined the Edinburgh International Festival for Musetta in La bohème and sang Dido in Purcell’s Dido and Aeneas at Festival d’Aix-en-Provence.

Recent performances include: Fiordiligi in Cosi Fan Tutte at the Bregenzer Festpiele; Violetta in La Traviata, Giorgietta in Il tabarro, and Dejanira in Weill’s Royal Palace with Opéra National de Montpellier; Musetta in La bohème at Grange Park Opera; Micaela in Carmen with Opera Africa; Contessa in Le Nozze di Figaro with Tampere Opera; the title role in Kálmán’s Gräfen Mariza with the Johannesburg Symphony; and Venus in John Blow’s Venus and Adonis and the Sorceress in Purcell’s Dido and Aeneas at the Innsbrucker Festwochen der Alten Musik. She created the role Gabisile in the Opera Africa’s world premiere of Ziyankomo and the Forbidden Fruit by Phelelani Mnomiya, sang the title role in the Zulu opera Princess Magogo at Den Norske Opera in Oslo, and Echo in Ariadne auf Naxos with Opéra Royal de Wallonie.