Volunteer of the Year

Pacific Symphony is pleased to announce our Volunteer of the Year, Mark Nielsen! Mark has been a valuable volunteer and stellar contributor of his time, talents and skills since 2011. Read about Mark’s many accomplishments and his support of Pacific Symphony. 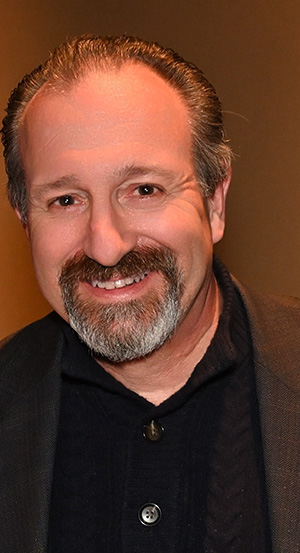 Mark Nielsen joined the Board of Directors of Pacific Symphony in 2011. He immediately became involved with the orchestra’s Opera Vocal Initiative and established the Opera Task Force in 2011. He had served on the Board of Directors for Opera Pacific until their closure in 2008. As many remember, Pacific Symphony honored all Opera Pacific subscriber tickets (of nearly 10,000 patrons) in the middle of their final season. With Music Director Carl St.Clair, and other prominent volunteer leaders, Mark led the Opera Task Force to begin a new tradition in Orange County with an annual semi-staged opera presentation in 2012 that is now celebrating its tenth anniversary this season.

Mark’s advancement to key leadership roles on Pacific Symphony’s Board of Directors continued when he became Board Treasure in 2016. Today, he is an indispensable part of the Executive Committee and remains Board Treasurer. He has been Chair of the Board Finance Committee since 2016.

In addition to being a central figure on the Symphony Board, Mark is the Co-Founder and Executive Chairman of TextPower. He is a 35-year veteran of the software and wireless industries, with more than 30 years of experience as a hands-on CEO, primarily of software and technology companies. Mark is a co-inventor with two patents held by TextPower for its cybersecurity products using SMS for multi-factor authentication.

Mark served as Mayor for the City of San Juan Capistrano in 2009-10 and was on their City Council for four years prior. He was also a founding Director of the San Juan Capistrano Open Space Foundation and remains active in the Southern California investment community as an Executive Committee member of Tech Coast Angels. In addition to Opera Pacific and Pacific Symphony, he has also served on a number of private company boards as an outside director or as Chairman.

A native of Chicago and graduate of Northwestern University, Mark has served on the national boards of major technology business associations, as well as the boards of various non-profits, and has lectured worldwide at trade shows, colleges, and business/investor conferences.

His passion for music is not limited to opera and the symphony, as he was a board member of the Chicago Jazz Institute in the 1980s. But as Pacific Symphony looks forward to its eleventh anniversary production in 2023, Mark is particularly excited for Verdi’s Rigoletto, as it is his favorite opera.