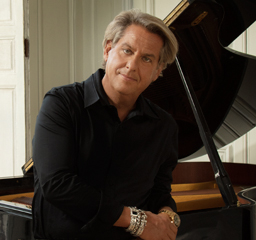 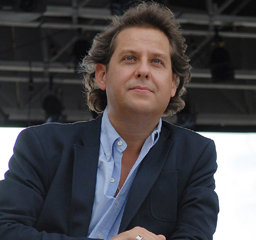 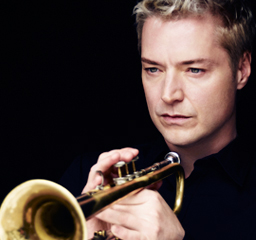 Back by popular demand, trumpeter extraordinaire Chris Botti delivers a brand-new show that’s perfect for your Valentine!  A gifted instrumentalist and a charismatic performer, the former trumpeter for Sting effortlessly crosses the boundaries between pop and classical, jazz and rock. 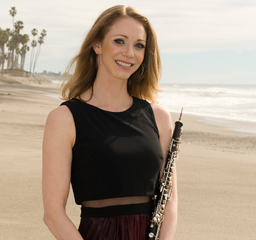 Composed in 1914 by one of the most important Czech composers, Janáček’s Violin Sonata is one of his rare works for violin. With his Piano Quintet, Schumann invented a new musical genre by adding the piano to the classic string quartet. Enjoy coffee, tea and pastries in the intimate Samueli Theater as host and Orli Shaham guides you through the program. 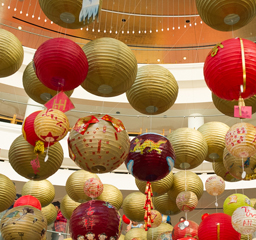 Free Family event! Bring the entire family and join us for Pacific Symphony’s annual Lantern Festival, celebrating the Year of the Rat! The Lantern Festival, which can be traced back 2,000 years, takes place 15 days after the Lunar New Year—on the first full moon night in the lunar calendar—and marks the return of spring, representing the reunion of family. The act of lighting and appreciating lanterns is a way for people to let go of the burdens of their old selves and express their best wishes for themselves and their families for the future. 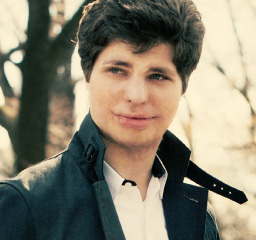 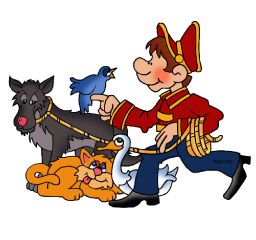 Peter and the Wolf

Join Peter and his brave animal friends on an adventure to outsmart the Big Bad Wolf! The Magic Circle Mime Co. and the colorful characters of the orchestra bring this timeless symphonic fairy tale to life! 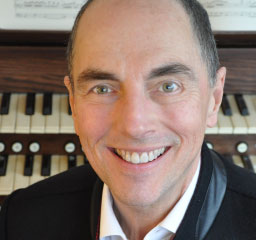 David Higgs, one of America's leading concert organists, showcases the beauty and power of the William J. Gillespie Concert Organ. The Chair of the Organ Department at the Eastman School of Music performs extensively throughout the United States and abroad, and has inaugurated many important new instruments. He will perform music of Dupré, Duruflé, Liszt and more. 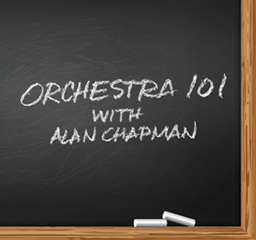 The Art of Orchestration

Composers paint with the colors of the orchestra. Alan Chapman shows you how it’s done, with special attention to an elite group of masters of orchestral color. The presentation is illustrated with many vibrant visuals and musical examples.

This is the second part of the series Orchestra 101 with Alan Chapman. 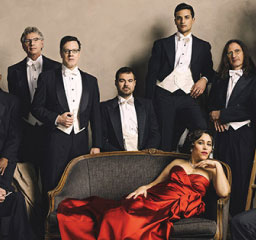 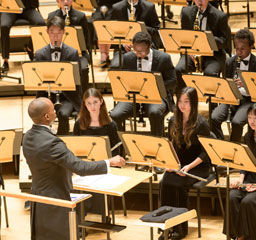 Pacific Symphony Youth Wind Ensemble continues its 2019-20 season with a special showcase concert featuring a unique collaboration with talented young wind musicians from around the SoCal region. The program will include a world premiere work by Steven Mahpar, as well as works of Whitacre, Mackey, Balmages and more. 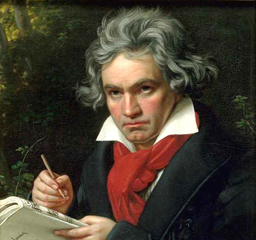 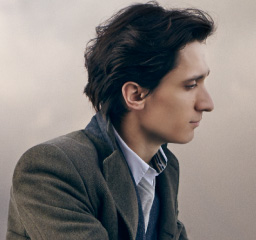 An all-Beethoven program – in celebration of the iconic composer’s 250th birthday – featuring his 4th and 5th piano concertos with the lavishly talented Alexander Romanovsky. 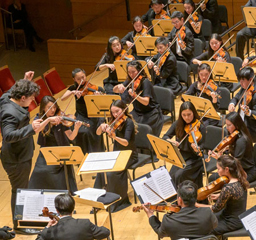 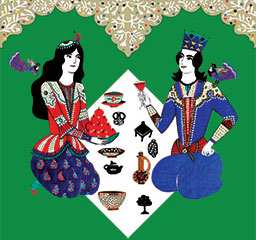 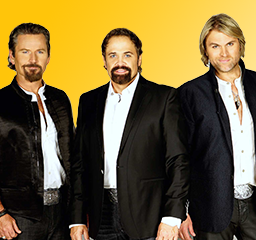 Since their whirlwind debut on “America’s Got Talent,” The Texas Tenors have garnered a long list of accolades, including three Emmy Awards. From classical to country and pop to patriotic, the trio’s set list is as unrestrained and expansive as the Lone Star State. 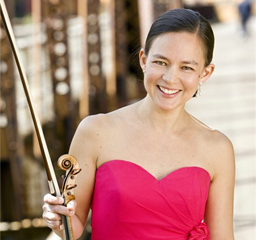 Sundays at Soka: Ticheli and Beethoven

Recognized as one of the most celebrated violinists of her generation, Elissa Lee Koljonen has thrilled audiences and critics throughout the world. The program includes Ticheli’s piece of fragile beauty and quiet dignity, and Beethoven’s only concerto for one of the most popular instruments of his day: the violin.

Enjoy image magnification on our big screens throughout the concert for a closer look at the conductor and the musicians! 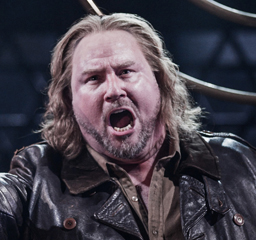 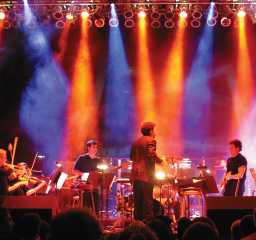 Windborne’s The Music Of The Rolling Stones: Mick Jagger and Keith Richards 1969

The performance will feature tracks from these two albums including “Sympathy For The Devil,” “Street Fighting Man,” “Gimme Shelter,” “Midnight Rambler and “You Can’t Always Get What You Want” as well as other classic hits from their ABKCO years such as “Let’s Spend The Night Together,” “Brown Sugar,” “Ruby Tuesday” and more! 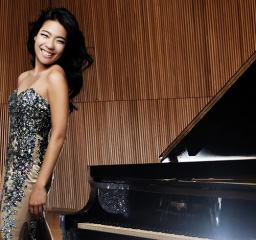 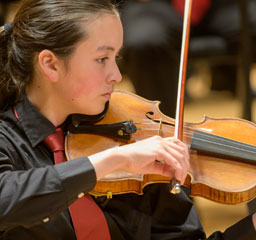 Pacific Symphony Santiago Strings wraps up their 2019-20 season with a program of rousing and engaging works, both old and new! From the ethereal beauty of Ravel’s "Mother Goose Suite" to the brilliance and drama of Rimsky-Korsakov’s "Scheherazade," this musical adventure is sure to provide new and exciting musical vistas for all to enjoy! 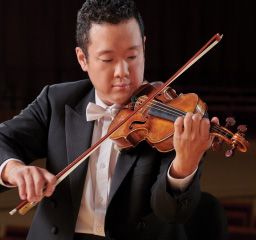 The first in a series of three string quartets commissioned by the Russian ambassador in Vienna, Count Razumovsky, Beethoven’s String Quartet No. 7 is notorious for its technical demands. The concert opens with Leshnoff’s “Radiance” for Piano Quintet and Beethoven’s Trio for Piano, Flute and Bassoon. Enjoy coffee, tea and pastries in the intimate Samueli Theater as host and Orli Shaham guides you through the program. 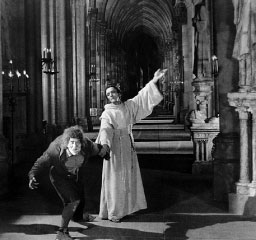 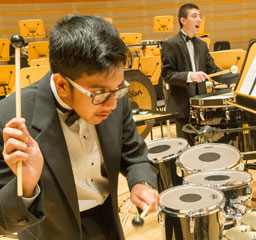 Wrapping up their 2019-20 season, Pacific Symphony Youth Wind Ensemble will present a program of both rousing military themes and soaring sacred and regional themes, including works of Holst, Sousa, Gounod and Boyer. 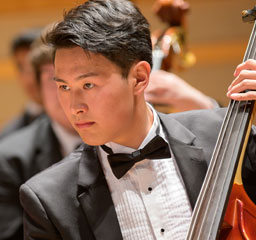 Pacific Symphony Youth Orchestra wraps up its 2019-20 season with one of the 20th century’s most thrilling works, Ottorino Respighi’s "Pines of Rome." The concert will also feature a performance by the 1st place winner(s) of PSYO’s annual concerto auditions, a much anticipated and truly thrilling event! 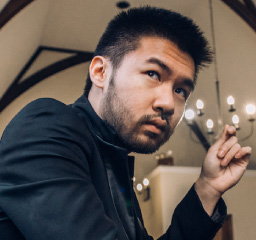 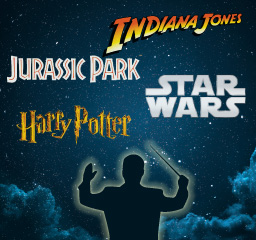 John Williams: Maestro of the Movies 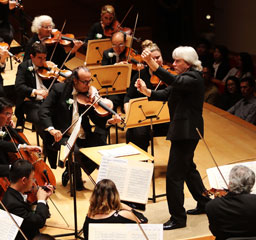 Filled with deep emotion, profound complexity and beautiful melancholy, Brahms’ 4th symphony finishes with a finale that will leave you speechless. The concert opens with a new work by former composer-in-residence Frank Ticheli in honor of Carl's 30th anniversary. 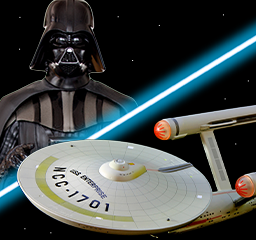 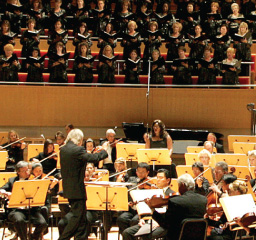 Symphony of a Thousand