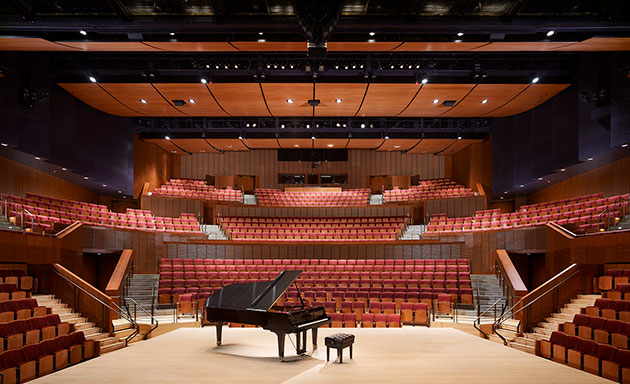 Soka Performing Arts Center is proud to be the home of the Pacific Symphony Chamber Orchestra. Located on the beautiful hilltop campus of Soka University, the 1,032-seat Concert Hall features world-class acoustics designed by master acoustician Yasuhisa Toyota, designer of the Walt Disney Concert Hall in Los Angeles and Suntory Hall in Tokyo. The focal point of the Concert Hall is its pristine acoustics to conduct the music as cleanly and precisely as possible from musician to musician and musician to audience. The Sundays@Soka with Pacific Symphony Series continues to be one of the most popular series year after year with critically-acclaimed guest artists such as Conrad Tao, Simone Porter and Joyce Yang. From classical and jazz to world and contemporary music, Soka Performing Arts Center has become a prized space for artists and audiences alike.