From the Big Apple to Beijing and beyond, Pacific Symphony has been wowing audiences and proving once again that it is a world-class orchestra and a major ensemble to be reckoned with.

Pacific Symphony, led by Music Director Carl St.Clair, made its Carnegie Hall debut on Saturday, April 21, 2018 in the concluding program of the venue’s 2017-18 season-long celebration of the music of Philip Glass. The sold-out program explored the influence of Ravi Shankar and Indian aesthetics on Glass and features the New York premiere of his The Passion of Ramakrishna, a Pacific Symphony co-commission for chorus, soloists, and orchestra that was given its world premiere by Pacific Symphony in 2006. The Pacific Chorale, which sang in the world premiere, joined Pacific Symphony for the performance at Carnegie Hall. The program also included “Meetings Along the Edge” from Glass/Shankar collaboration Passages and Shankar’s Third Sitar Concerto, featuring the composer’s daughter Anoushka Shankar as soloist. Philip Glass was Carnegie Hall’s 2017-18 Richard and Barbara Debs Composer’s Chair. 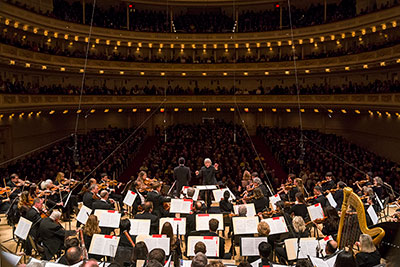 Pacific Symphony was invited to perform by Glass and Carnegie Hall after decades of championing the composer’s music in Orange County under St.Clair. The orchestra’s most significant collaboration with Glass has been The Passion of Ramakrishna, co-commissioned with the Nashville Symphony. The 2006 world premiere of the work by Pacific Symphony and the Pacific Chorale under St.Clair was part of the opening ceremonies for the Renée and Henry Segerstrom Concert Hall. The work was revived and recorded live during Pacific Symphony’s 2011 American Composers Festival, which was dedicated to Glass and—like the Carnegie Hall program—explored the influence of India's music and philosophy on his style and artistic thought. 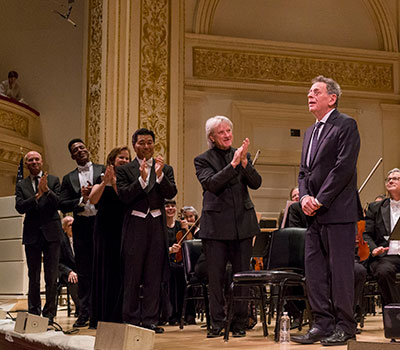 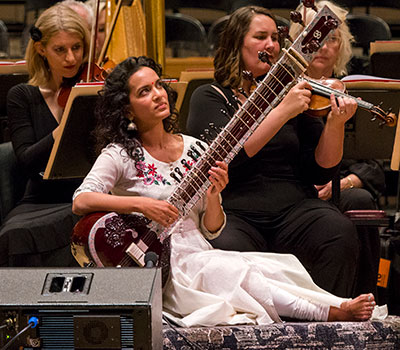 Ravi Shankar’s daughter Anoushka Shankar, a celebrated sitarist in her own right, joined St.Clair and Pacific Symphony in her father’s Third Sitar Concerto. Shankar gave the work’s world premiere in 2009, performing with the Orpheus Chamber Orchestra at Carnegie Hall. This concerto is one of four that Ravi Shankar composed for sitar and orchestra, and Shankar has performed these works around the world, with orchestras including the Berlin, London, Los Angeles, and New York Philharmonics. 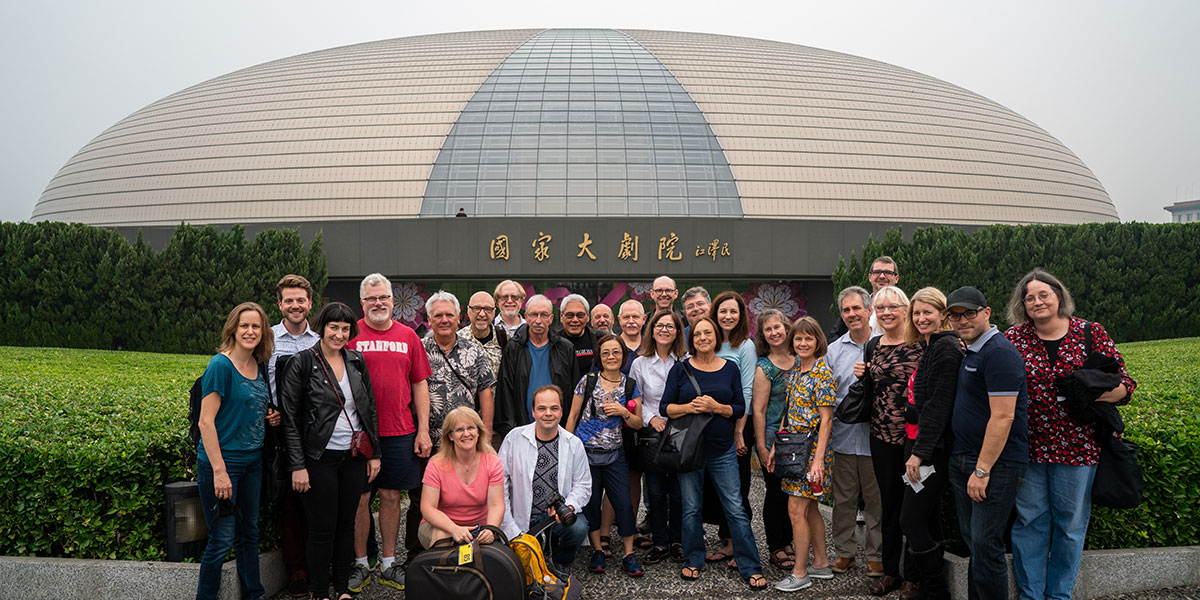 Pacific Symphony has returned from its first-ever tour to China and first international tour since the Symphony toured European capitals in 2006. The five-city tour launched May 9, 2018 with a concert at the Shanghai Poly Grand Theatre, followed by performances in Hefei (capital of Anhui province), Wuxi (Jiangsu province), Chongqing (major city in southwest China) and Beijing. The final concert took place at the National Centre for the Performing Arts, colloquially known as “The Giant Egg” due to its distinctive dome-shaped, titanium and glass architecture.

The Symphony’s tour included works by Leonard Bernstein in celebration of his centennial, as well as Ravel’s Daphnis and Chloe, Suite No. 2; Pictures at an Exhibition by Mussorgsky (arranged by Ravel); and Mozart’s Violin Concerto No.3, featuring soloist Pinchas Zukerman.

“We are gratified to represent Southern California on this highly anticipated tour,” said Pacific Symphony Music Director Carl St.Clair before setting off for China. “This is an artistic milestone for the orchestra, and I couldn’t be more pleased to be leading this exceptional group of musicians on its first tour to China. This is an artistically significant opportunity for Pacific Symphony to embrace cultural diplomacy and to carry the message of music’s universality across the ocean to the other side of the Pacific Rim. The halls we will be playing have all been built within the last ten years. Some of the world’s leading architects have created contemporary temples of music with stunning acoustics that will beautifully showcase the fine playing of our musicians.”

Carl St.Clair, who was personally mentored by Leonard Bernstein, presented works in honor of the composer’s centennial. “I carefully selected the repertoire for this tour to include quintessential American works such as Bernstein’s ‘Slava!’ ‘Mambo’ and Overture to ‘Candide,’ which show off Pacific Symphony’s energetic spirit and warm sonority.” He continued, “Additionally, we performed 18th-, 19th- and 20th-century masterworks by Mozart, Mussorgsky and Ravel that display Pacific Symphony’s incredible versatility and virtuosity.” 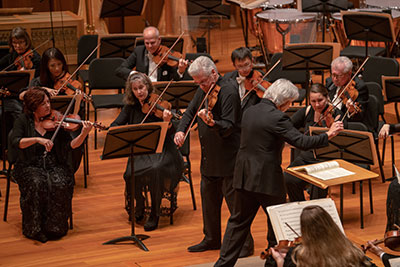 Pacific Symphony President John Forsyte said: “We are proud of the role we played as cultural ambassadors for Orange County and the community. As Pacific Symphony looks forward to its 40th anniversary next season, we are gratified by the support we have received from the diverse communities of Orange County over the decades. The county’s Asian-American population is the third largest in the country, and the Chinese community in particular has experienced explosive growth. Since 2013 we have been devoted to engaging with the Chinese communities of the region and building on its enthusiasm for symphonic music. Crossing the Pacific Rim to perform for the Chinese population on the mainland is the logical extension of the work we’ve been doing here in Orange County.”

Follow all the steps of the tour on the Pacific Symphony blog.

Watch behind-the-scenes videos from various stops on the tour:

“The Segerstrom family have been generous patrons throughout the 40-year history of Pacific Symphony. This latest gift is yet another example of their undying generous spirit and ongoing commitment to the unparalleled quality of life in Southern California. The institution is grateful to Sandy Segerstrom Daniels and Sally Segerstrom for their visionary commitment as lead sponsors of the tour,” commented Joann Leatherby, board chairman. “We are proud to have the opportunity to represent Orange County’s vibrant cultural arts scene to audiences across China.”

Pacific Symphony also received a dollar-for-dollar match up to $150,000 to support the tour from Overseas Business Consulting, Inc. Pinchas Zukerman’s appearances with Pacific Symphony on tour were generously underwritten by Jerry and Terri Kohl. Additional major support for the tour was provided by Charles and Ling Zhang.