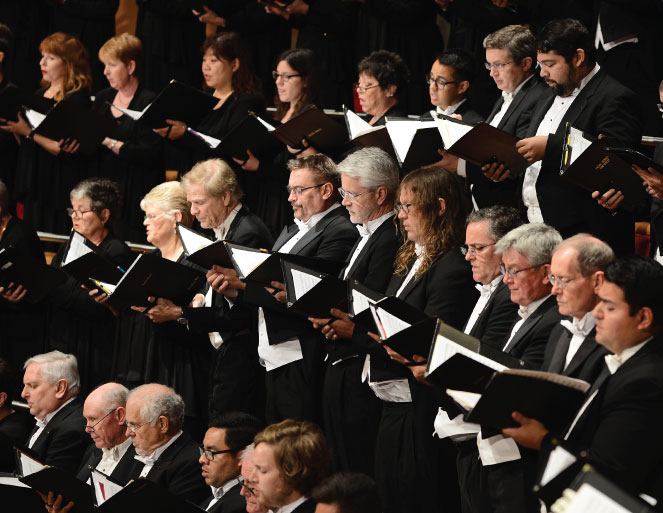 The GRAMMY® Award-winning Pacific Chorale, an Orange County “treasure” with a “fresh viewpoint” that “can sing anything you put in front of it, with polish, poise and tonal splendor” (Orange County Register) has “risen to national prominence” (Los Angeles Times) since its inception in 1968. Hailed for delivering “thrilling entertainment” (Voice of OC), the resident choir at Segerstrom Center for the Arts is noted for its artistic innovation and commitment to expanding the choral repertoire. It has given the world, U.S., and West Coast premieres of more than 35 works, including numerous commissions, by such lauded composers as John Adams, Jake Heggie, James Hopkins, David Lang, Morten Lauridsen, Tarik O’Regan, Karen Thomas, Frank Ticheli, András Gábor Virágh, and Eric Whitacre. Among other artistic highlights, Pacific Chorale’s “The Wayfaring Project,” a stunning original concert film conceived and conducted by Istad and produced during the pandemic, was picked up by PBS SoCal and KCET and will be streamed through December 1, 2024 on pbssocal.org, kcet.org and the PBS app, reaching audiences across the Southland and around the globe.

In addition to presenting its own concert series each season, Pacific Chorale enjoys a long-standing partnership with Pacific Symphony, with whom the choir made its highly anticipated Carnegie Hall debut in 2018. The chorus also regularly appears with the Los Angeles Philharmonic, with which it won the 2022 Grammy Award for Best Choral Performance for its contribution to the live recording of “Mahler: Symphony No. 8, ‘Symphony of A Thousand,’” conducted by Gustavo Dudamel, featuring the Los Angeles Philharmonic, Los Angeles Children’s Chorus, Los Angeles Master Chorale, National Children’s Chorus and Pacific Chorale. The choir has performed with such leading orchestras as the Boston Symphony, National Symphony, Los Angeles Chamber Orchestra, Philharmonia Baroque Orchestra, San Diego Symphony, and Musica Angelica, among others.

Pacific Chorale has garnered international acclaim as well, having toured extensively to more than 19 countries in Europe, South America, and Asia, and through collaborations with the London Symphony, Munich Symphony, L’Orchestre Lamoureux and L’Orchestre de St-Louis-en-l’Île of Paris, National Orchestra of Belgium, China National Symphony, Hong Kong Sinfonietta, Estonian National Symphony, and Orquesta Sinfonica Nacional of Argentina, among others.

Deeply committed to making choral music accessible to people of all ages, the organization, which has a discography of 14 self-produced recordings and an extensive collection of exceptional free digital offerings, places a significant emphasis on choral music education, providing after-school vocal programs for elementary school students, a choral summer camp for high school students, and an annual community-wide singing event at Segerstrom Center for the Arts.