We'd like to introduce you to a few of the amazing people who volunteer for Pacific Symphony. 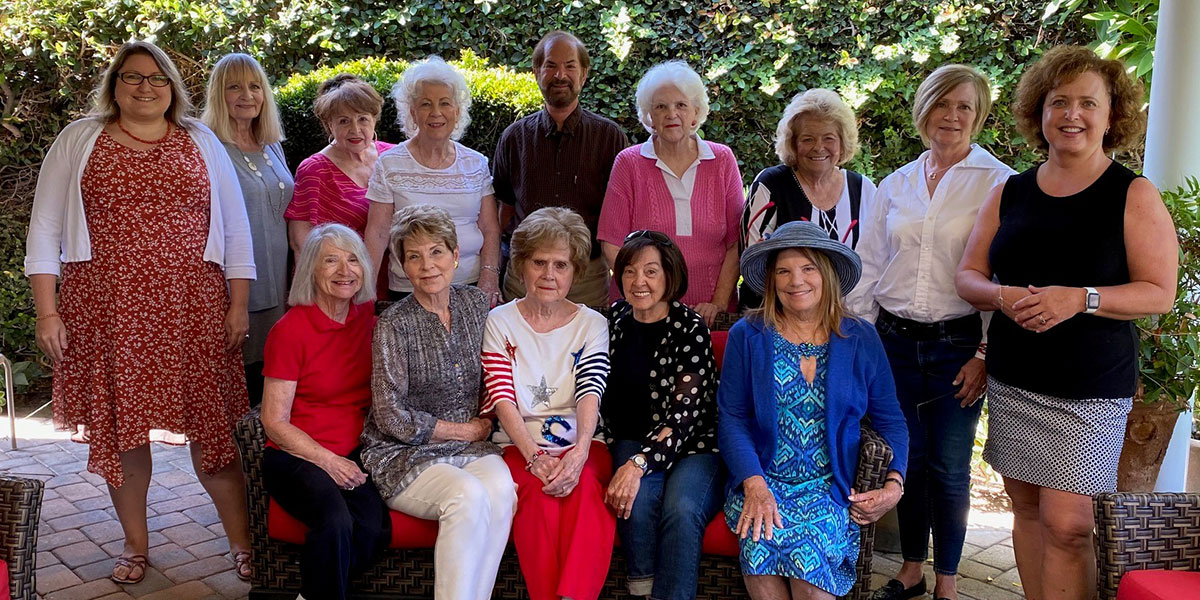 Meet Pacific Symphony's League Board for 2021-22

This past June, the Pacific Symphony League held its first official Board Mini-Retreat in order to formulate plans for the coming year and to give new Board members the opportunity to get to know one another better. Almost all of the League Board’s six elected officers and ten appointed members were present for this day-long event. Also, in attendance was Abby Edmunds, Pacific Symphony Director of Volunteer Services and League liaison to the Symphony. Held in the beautiful home of the League’s newly elected President, Marilyn Liu, this was the first in-person function for the League since the pandemic began many months ago. There was a festive atmosphere to the day as Board members participated in teambuilding activities, discussed their individual Board responsibilities, worked on the League’s strategic plan and goals for success and identified ways to enhance the member experience for new and renewing League members.

Board members were ecstatic to be together again after such a long hiatus, having met by Zoom for the past 15-months. Charged with new vision and mission for the League’s future, the Board members engaged in wonderful conversations about how their actions and investment of time will allow the League to flourish and grow. As sole operators of Pacific Symphony’s League Shop in the Renee and Henry Segerstrom Concert Hall and at all SummerFest Concerts, discussions took place about the NEW Concert Hall League Shop furniture that was purchased by the Symphony before the pandemic but not yet used in the Concert Hall. The Board expressed excitement about the “big reveal” that will take place on Pacific Symphony’s Opening Weekend, October 30th-November 2nd.

In identifying goals for the 2021-22 Concert Season, President Marilyn Liu articulated a comprehensive plan and structure to achieve success titled “A, B, C.” In this plan, all League members will continue to be Symphony Ambassadors by attracting new members and advocating for the Symphony in the community. Members will Broaden the Scope of the League by maintaining a focus on youth music education, serve as a volunteer resource to Symphony departments, and raise funds for the Symphony through the League Shop, online Store, and other friend-raisers and fundraisers. Lastly, the League will serve as a Community Hub by connecting volunteers by strong bonds of friendship, service and commitment and will welcome new members from established Symphony affinity and support groups.

All in all, the Pacific Symphony League Board Mini-Retreat was hugely successful! Members felt invigorated to start the next Concert Season on a solid foundation, positioned to both strengthen the League’s current role in the community and to expand its scope and reach through increasing membership, along with diversifying its efforts through friend-raising, fundraising and volunteering.