What could be more romantic for Valentine's weekend than experiencing the leading pop opera star performing romantic favorites? She’ll be singing all the best film and musical themes that we know and love, including "Somewhere" from West Side Story, "The Music of the Night" from The Phantom of the Opera, the Love Theme from The Godfather and many more. (See set list below.)

The Welsh superstar has performed all over the world — for the pope, for presidents and for the Royal Family. Featured on “Dancing with the Stars” and "The Masked Singer," she has also embarked upon numerous sold-out tours and duetted with such names as Andrea Bocelli, Il Divo and many more.

“The incredibly beautiful, incredibly talented and gorgeous Katharine Jenkins has a voice like an angel.” — David Foster

PROGRAM
Pacific Symphony opens the concert with orchestral pieces such as the "Carousel Waltz" from the musical Carousel, Viva Puccini! and more.

Katherine Jenkins' Set List
“Ode to Joy” from Beethoven's Symphony No. 9
“Habanera” from Carmen
“Se Tu Fossi,” Love Theme from Cinema Paradiso
“O Danny Boy” from Memphis Belle
“Somewhere” from West Side Story
“Here’s to the Heroes” from Dances with Wolves
“I Could Have Danced All Night” from My Fair Lady
Orchestral Interlude
“Music of the Night” from Phantom of the Opera
“Parla Più Piano,” Love Theme from The Godfather
“Over the Rainbow” from The Wizard of Oz
“Jealous of the Angels”
“Never Enough” from The Greatest Showman
“Time to Say Goodbye” (“Con Te Partirò”)

Audience Advisory:
All ticket holders must provide proof of full vaccination against COVID-19 or a negative COVID-19 test (PCR test taken within 48 hours or antigen test taken within 6 hours of the performance). Home tests will not be accepted. Guests over the age of 18 must also bring photo ID. Masks for all ticket holders. Disposable 3-ply surgical masks, N95, KN95, or KF94 masks are recommended. Learn more. 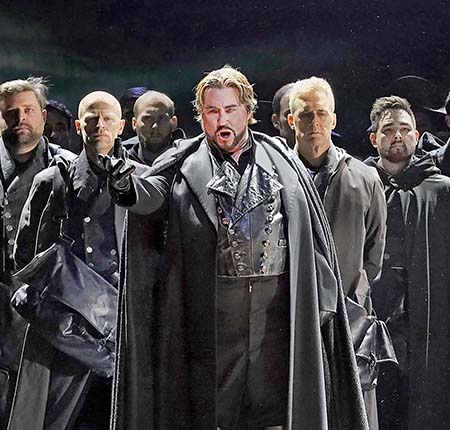