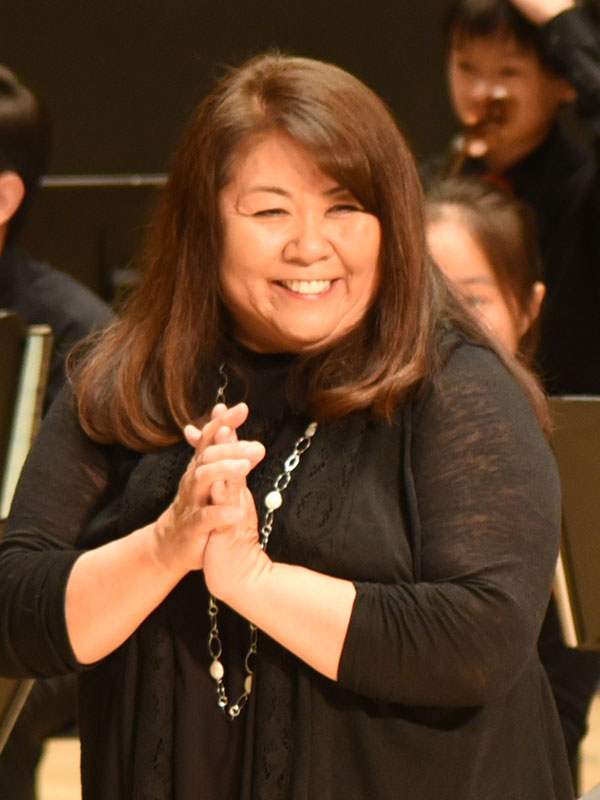 Irene Kroesen received her bachelor’s degree in Music Education and teaching credential from Chapman University in Orange. Currently she is a retired string specialist for the Irvine Unified School District. From 1988 to 2011, Kroesen was an adjunct instructor at Chapman University where she taught the String Methods course for music education majors.

Kroesen has also served as a mentor teacher for Irvine Unified School District, as well as a designated Master Teacher for Chapman University, Cal State Long Beach and Cal State Fullerton. She has given curriculum workshops for county and state conferences, as well as shared and distributed her teaching materials to Placentia-Yorba USD and Garden Grove USD.
Kroesen has appeared as conductor of the Irvine Elementary and Middle School Honor Orchestras and guest conductor of the Middle School Honor Orchestra for Las Vegas Unified (Nevada), Capistrano Unified, Placentia-Yorba Linda School District, Long Beach Unified, Fresno-Madeira County and the SCSBOA All-Southern Middle School Honor String Orchestra. Kroesen served as the guest conductor for the Inaugural Year 2015 SCSBOA Elementary Honor Orchestra. She has also served as manager and assistant conductor of the Orange County Youth Symphony Orchestra and is currently the conductor of the Pacific Symphony Santiago Strings. In March 2016, Santiago Strings was a selected participant in the National School Orchestra Festival in Tampa, Florida. After receiving “Unanimous Superiors” at the American String Teachers Conference, Santiago Strings returned to celebrate its 25th Anniversary Season. In June 2018, Santiago Strings traveled to Costa Rica on a seven day workshop tour to perform and collaborate with local Costa Rican string players.
Kroesen is listed in Who’s Who Among American Teachers and is a past recipient of the “Alumni of the Year Award” from the School of Music at Chapman University. In 2003, she received the “Orange County Outstanding Arts Educator Award for Elementary Instrumental Music”. In 2006, Kroesen was selected as the Irvine Unified School District Elementary Teacher of the Year. In 2019, she was awarded the “Distinguished Service to the String Community Award” from the Greater Los Angeles Area Section of the California Chapter of the American String Teachers Association (ASTA).
As a string educator and clinician, Kroesen has served as an adjudicator for the Disney Creative Challenge and has auditioned violinists and violists for both the All-Southern California Middle School and High School Honor Orchestras in California. In 2015, Kroesen served as program advisor for Pacific Symphony Strings for Generations Program, and served as its music director for four seasons.
Kroesen is a member of the American String Teachers Association, Southern California School Band and Orchestra Association, National Association for Music Education and California Music Educators Association. She is also a member of the Los Angeles Musicians Union and is active as a professional violist.