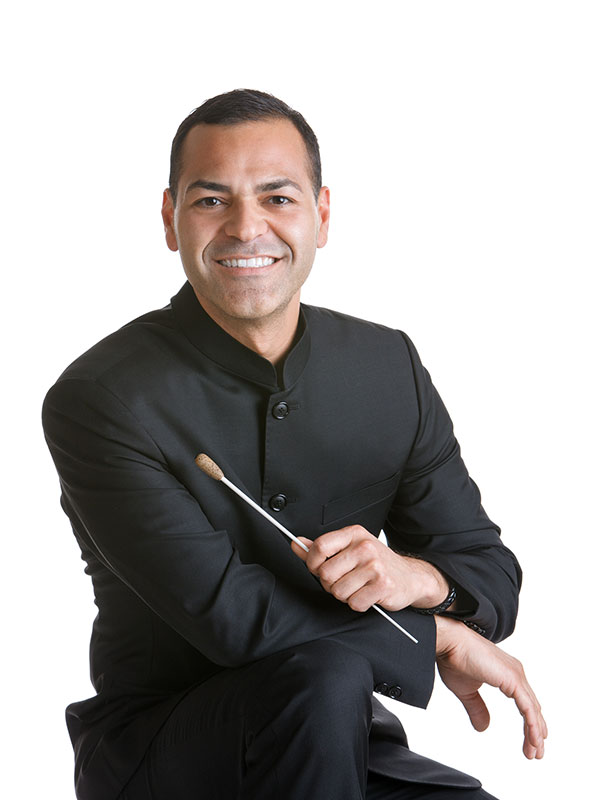 Dr. Jacob Sustaita serves as the assistant conductor for Pacific Symphony and Music Director Carl St. Clair, a position he has held since the fall of 2020. Dr. Sustaita also serves as Music Director and Conductor for Pacific Symphony Youth Orchestra (PSYO), the premier training orchestra of Orange County, recognized as one of the most outstanding youth orchestras in the country.

Dr. Sustaita is also the newly appointed Orchestra Director for the Orange County School of the Arts Symphony Orchestra. In the fall of 2021 and 2022, Sustaita served as Acting Director of Orchestras at the Bob Cole Conservatory of Music at California State University Long Beach (CSULB). From 2015 to 2020, he led the Sam Houston State University Symphony, Chamber, Ballet, and Opera Orchestras as Director of Orchestral Studies. In 2016, Sustaita and the Symphony Orchestra performed the American premiere of Anton Bruckner’s Symphony No. 1 (original Linz version) with high praise from the American and European Bruckner Societies.

Dr. Sustaita is a frequent guest conductor and clinician across the country. In 2015, Sustaita was selected by Carnegie Hall’s Weill Institute to serve as assistant conductor for Charles Dutoit and the National Youth Orchestra of America (NYO). Sustaita regularly conducted and coached the orchestra during its New York residency and on their seven-city tour of China and Hong Kong.

A native of Texas, Sustaita completed his Doctorate and Bachelor of Music degrees at the University of Houston, where he served as assistant conductor for the Moores Opera Center for three seasons. He also earned a Master of Music degree from both Penn State University and Rice University.