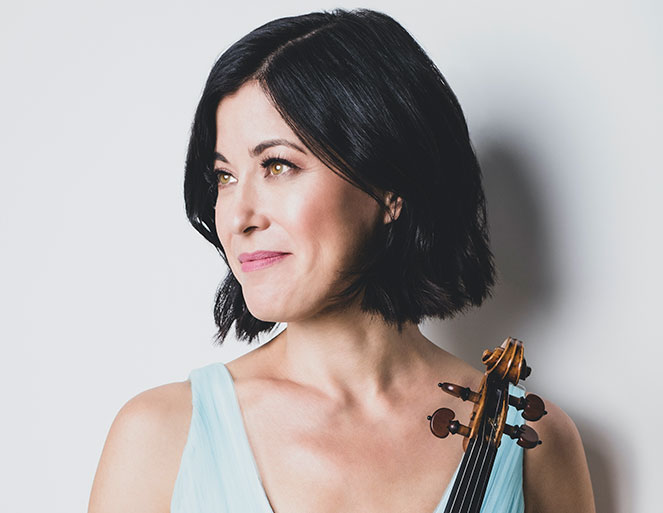 Her extensive discography includes several discs for Naxos: the Stravinsky Violin Concerto with the Philharmonia Orchestra of London, conducted by the legendary Robert Craft, and two GRAMMY-nominated recordings with the Fred Sherry Quartet, of Schoenberg’s Concerto for String Quartet and Orchestra , and the Schoenberg Third String Quartet. Her most recent releases are with pianist John Blacklow on Albany Records: the first devoted to the three sonatas of Robert Schumann; the second, American Duos, an exploration of recent additions to the violin and piano repertoire by contemporary American composers Barbara White, Steven Mackey, Elena Ruehr, Dan Coleman, and Stephen Hartke. She also recorded three widely praised CDs for Artek: an orchestral recording of the Prokofiev concerti with Gerard Schwarz and the Seattle Symphony; the violin music of Ravel and Stravinsky; and 20th-century works for solo violin. Other  recordings include a disc of Romantic Horn Trios, with hornist Eric Ruske and pianist Stephen Prutsman, and the Stravinsky Duo Concertant with pianist Jeremy Denk.

Born in Pasadena, California, Ms. Frautschi attended the Colburn School, Harvard, the New England Conservatory, and the Juilliard School.  She performs on a 1722 Antonio Stradivarius violin known as the “ex-Cadiz,” on generous loan from a private American foundation with support from Rare Violins In Consortium.  She currently teaches in the graduate program at Stony Brook University.