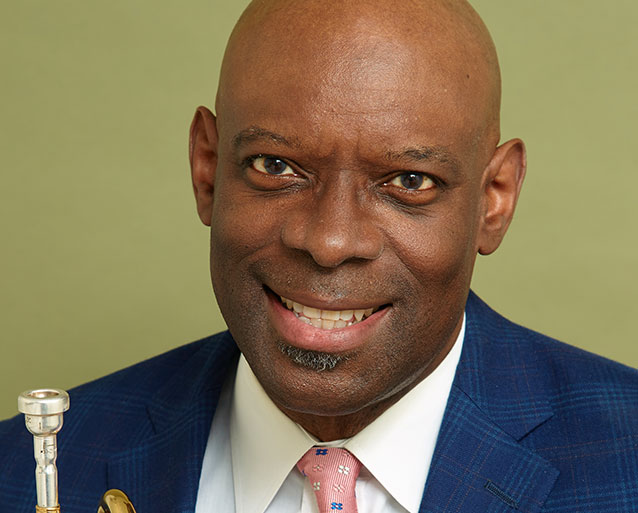 Dr. Ronald C. McCurdy is Professor of Music at the USC Thornton School of Music where he served as chair of the Jazz Studies department for six years (2002-2008). Prior to his appointment at USC he served as Director of the Thelonious Monk Institute of Jazz at USC (1999-2001). He has served as Professor of Music and chair of the Afro-African American Studies Department and served as Director of Jazz Studies at the University of Minnesota (1990-1999). In 1997, Dr. McCurdy served as Visiting Professor at Maria-Curie Sklodowska University in Lublin, Poland. In 2001 Dr. McCurdy received the Distinguished Alumni Award from the University of Kansas.

Dr. McCurdy continues to tour the Langston Hughes Project, a multimedia presentation based on the Hughes’ poem, “Ask Your Mama.” This was Hughes’ social commentary on the struggle for freedom and equality among Africans and African Americans. In 2008 he premiered the orchestral version of The Langston Hughes Project, Ask Your Mama: 12 Moods for Jazz with the Indianapolis Symphony Orchestra with rapper and television actor, Ice-T. The multimedia presentation features jazz quartet, spoken-word and images from the Harlem Renaissance.

Dr. McCurdy’s April In Paris features his vocal, funk band called the Ron McCurdy Collective. His first CD, Once Again for the First Time on the INNOVA label enjoyed critical acclaim as well. He has also released a CD of the Langston Hughes Project, Ask Your Mama: 12 Moods for Jazz.

Dr. McCurdy served a consultant to the Grammy Foundation educational programs including serving as director of the National Grammy Vocal Jazz Ensemble. He served as Director of the Walt Disney All-American Summer College Jazz Ensemble and Jazz Singers for twenty years. A few of the guest artists he has worked with include Joe Williams, Rosemary Clooney, Leslie Uggams, Arturo Sandoval, Diane Schuur, Ramsey Lewis, Mercer Ellington, Dr. Billy Taylor, Maynard Ferguson, Lionel Hampton, and Dianne Reeves, Ellis Marsalis, and many others. He has served as a member of the Jamey Aebersold Jazz Camp faculty. Dr. McCurdy is a performing artist for the Yamaha International Corporation.