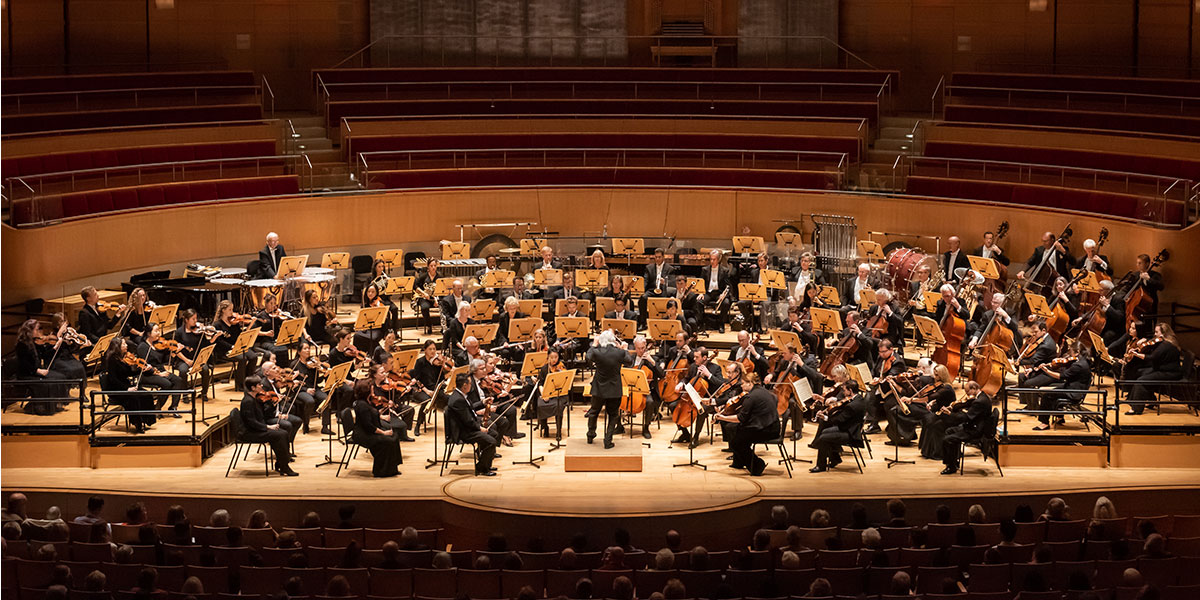 Pacific Symphony, led by Music Director Carl St.Clair for the last 32 years, has been the resident orchestra of the Renée and Henry Segerstrom Concert Hall since 2006. Currently in its 44th season, the Symphony is the largest orchestra formed in the U.S. in the last 50 years and is recognized as an outstanding ensemble making strides on both the national and international scene, as well as in its own community of Orange County. In April 2018, Pacific Symphony made its debut at Carnegie Hall as one of two orchestras invited to perform during a yearlong celebration of composer Philip Glass’ 80th birthday, and the following month the orchestra toured China. The orchestra made its national PBS debut in June 2018 on Great Performances with Peter Boyer’s “Ellis Island: The Dream of America,” conducted by St.Clair. presenting more than 100 concerts and events a year and a rich array of education and community engagement programs, the Symphony reaches more than 300,000 residents—from school children to senior citizens.

Founded in 1978 as a collaboration between California State University, Fullerton (CSUF), and North Orange County community leaders led by Marcy Mulville, the Symphony performed its first concerts at Fullerton’s Plummer Auditorium as the Pacific Chamber Orchestra, under the baton of then-CSUF orchestra conductor Keith Clark. Two seasons later, the Symphony expanded its size and changed its name to Pacific Symphony Orchestra. Then, in 1981-82, the orchestra moved to Knott’s Berry Farm for one year. The subsequent four seasons, led by Clark, took place at Santa Ana High School auditorium where the Symphony also made its first six acclaimed recordings. In September 1986, the Symphony moved to the new Orange County Performing Arts Center, and from 1987-2016, the orchestra additionally presented a Summer Festival at Irvine Meadows Amphitheatre. In 2006, the Symphony moved into the Renée and Henry Segerstrom Concert Hall, with striking architecture by Cesar Pelli and acoustics by Russell Johnson. In 2008, the Symphony inaugurated the hall’s critically acclaimed 4,322-pipe William J. Gillespie Concert Organ. The orchestra embarked on its first European tour in 2006, performing in nine cities in three countries.

Recordings commissioned and performed by the Symphony include the release of William Bolcom’s Songs of Lorca and Prometheus in 2015-16, Richard Danielpour’s Toward a Season of Peace and Philip Glass’ The Passion of Ramakrishna in 2013-14; and Michael Daugherty’s Mount Rushmore and The Gospel According to Sister Aimee in 2012-13. In 2014-15, Elliot Goldenthal released a recording of his Symphony in G-sharp Minor, written for and performed by the Symphony. The Symphony has also commissioned and recorded An American Requiem by Danielpour and Fire Water Paper: A Vietnam Oratorio by Goldenthal featuring Yo-Yo Ma. Other recordings have included collaborations with such composers as Lukas Foss and Toru Takemitsu. Other leading composers commissioned by the Symphony include Paul Chihara, Daniel Catán, James Newton Howard, William Kraft, Ana Lara, Tobias Picker, Christopher Theofanidis, Frank Ticheli, John Wineglass and Chen Yi.

In both 2005 and 2010, the Symphony received the prestigious ASCAP Award for Adventurous Programming. Also in 2010, a study by the League of American Orchestras, Fearless Journeys, included the Symphony as one of the country’s five most innovative orchestras. The Symphony’s award-winning education and community engagement programs benefit from the vision of St.Clair and are designed to integrate the orchestra and its music into the community in ways that stimulate all ages. The Symphony’s Class Act program has been honored as one of nine exemplary orchestra education programs by the National Endowment for the Arts and the League of American Orchestras. The list of instrumental training initiatives includes Pacific Symphony Youth Orchestra, Pacific Symphony Youth Wind Ensemble, Pacific Symphony Santiago Strings and Pacific Symphony Youth Concert Band. The Symphony also spreads the joy of music through arts-X-press, Class Act, Heartstrings, OC Can You Play With Us?, Santa Ana Strings, Strings for Generations and Symphony in the Cities.