Program:
SOUSA: “El Capitan”
DE ABREU: “Tico-Tico no Fubá”
BIZET: “Les Toréadors” from Carmen Suite No. 1
BIZET/WAXMAN: “Carmen” Fantasy for Violin and Orchestra
SOUSA: “Hands Across the Sea”
WILLSON: Selections from ”The Music Man”
“Ya Got Trouble”
“Till There Was You”
“Goodnight My Someone”
“Seventy-Six Trombones”
VARIOUS: Armed Forces Salute
BARBER: Adagio for Strings
WARD: “America the Beautiful”
BERLIN: “God Bless America”

This performance is supported in large part by the City of Irvine.

It's the perfect way to end a lazy summer day. Grab a lawn chair or blanket and join us for FREE music and family fun!

Download Pacific Symphony's new app in your favorite app store and you can have the program, guest artist information and program notes at your fingertips during the concert!

Highlights of the 2018-19 season will include solo debuts with the USC Thornton Symphony under Andrés Cárdenes, the Pacific Symphony with Carl St. Clair, the Downey Symphony Orchestra with Sharon Lavery, and his sold-out San Francisco debut recitals at the Noontime Concerts Series and San Francisco Conservatory of Music with pianist Yi-Fang Wu. Additional chamber collaborations include concerts with concert guitarist Tengyue (TY) Zhang, full performances of Olivier Messiaen’s Quartet for the End of Time, Mozart Violin Concerto No. 5 with conductor Emmanuel Rojas and Friends at USC, and his USC Graduation Recital with pianist Alin Melik-Adamyan. Highlights from his 2017-18 season include his solo debut with the Sri Lanka Chamber Music Society of Colombo, Midori Violin Studio Recital Series, Los Angeles Recital debut at the Pasadena City College Westerbeck Hall, Recitals at the 2017 Juilliard Starling-DeLay Symposium, and his Juilliard Graduation Recital featuring the Melody of China Ensemble and the premiere of composer Mary Bianco’s "For Strauss Shi" (2016).

Born in China and raised in San Francisco, Strauss began his violin studies at the age of eight with Pan Zuohan, Elizabeth Liang, and later with Chen Zhao. Strauss received his Bachelor of Music degree studying with Catherine Cho at The Juilliard School. He is currently pursuing a Master of Music degree as a Starling Fellow at the USC Thornton School of Music under Midori Goto and Pamela Frank.

Alexandria Burdick is an aspiring young performer from Bakersfield, California. No stranger to the stage, Alexandria grew up performing in local musicals and choirs throughout her entire childhood, and she has carried that tradition into her college career. Some of her early notable roles include Penny Pingleton in Hairspray, Elle Woods in Legally Blonde, and Olive Ostrovsky in The 25th Annual Putnam County Spelling Bee. Inspired by music’s ability to transform and connect an audience and it’s performers, Alexandria’s love for music propelled her to pursue a Vocal Performance degree at California State University, Fullerton. A soprano, she is currently studying voice under Susan Montgomery-Kinsey and is a member of Cal State’s University Singers and Opera program. She most recently traveled with the University Singers on a tour of Spain. The choir performed in five different historic cathedrals and sang a program that served as a peaceful protest against the current crises at the children’s detention camps at our borders. Although her operatic ventures have only just begun, she has performed as Papagena in Mozart’s The Magic Flute, in scenes as Rodelinda from Handel’s Rodelinda and Zerbinetta from Richard Strauss’s Ariadne Auf Naxos, and is currently preparing the role of La Fée in Pauline Viardot’s Cendrillon. 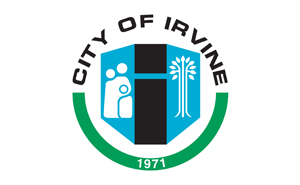