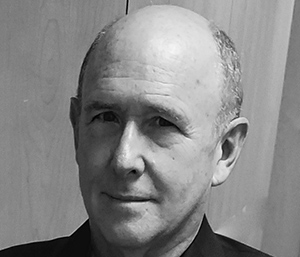 Chris Kollgaard has been a member of Pacific Symphony since the late 1980s. A New York native, Kollgaard attended the Eastman School of Music, studying under legendary double bassist Oscar Zimmerman and playing under conductors and composers Aaron Copland, Pierre Boulez, David Zinman and Gustav Meyer. After Eastman he spent nearly a decade in Europe, first as a graduate student at London’s Guildhall School, then as a member of the Oslo Philharmonic, led by the renowned Latvian conductor Maris Jansons.

Kollgaard relocated to California in the mid 1980’s and began a freelance career in the Los Angeles recording world as well as working as a symphonic musician.  He is a past member of the Hollywood Bowl Orchestra, the Los Angeles Opera, the Long Beach Symphony and the Academy Awards Orchestra and is a current member of the Pasadena Symphony. Chris has over one thousand film scores to his credit, beginning with 1985’s “Out of Africa” and including films such as “Titanic”, “Back to the Future”, “Indiana Jones” and the current “Star Wars” movies.  He can be heard on recordings from such diverse artists as Prince, Madonna, Celine Dion, Whitney Houston, Frank Sinatra, Barbra Streisand and the Red Hot Chili Peppers.  However, as a member for almost 30 years, he is proud to call the Pacific Symphony his musical home!