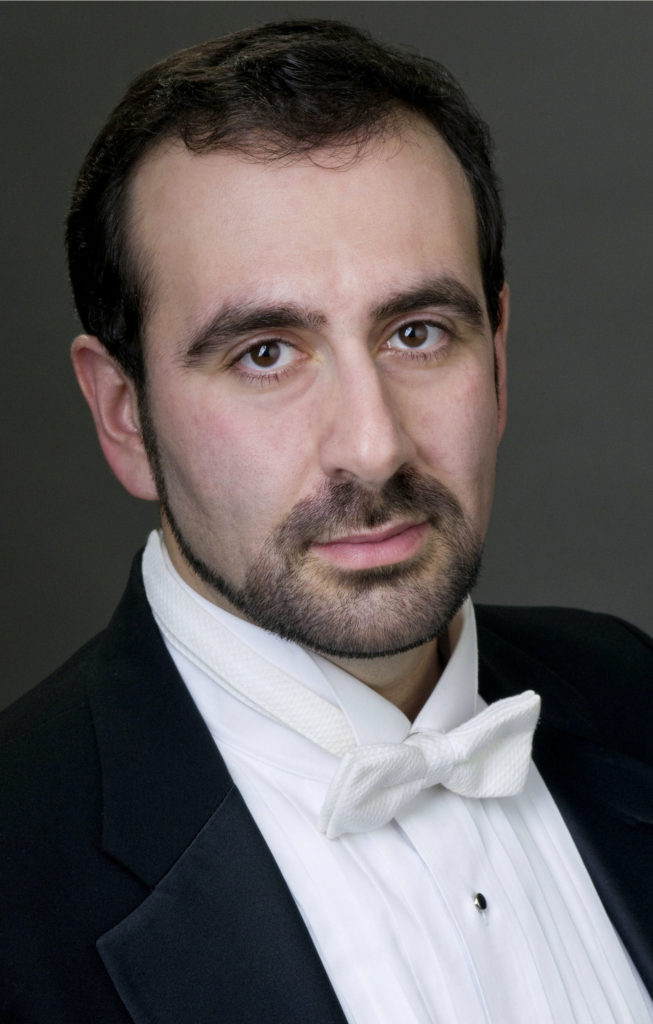 Since winning the Young Concert Artists International Auditions, baritone Anton Belov has expanded his career to reach major opera houses and concert halls across the United States. Recently he sang the title role in Eugene Onegin with Eugene Opera, Escamillo in Carmen with OperaBend, Verdi’s Requiem with the Anchorage Concert Chorus, and Carmina Burana with the Eugene Ballet Company. In 2017-18 he sings with Allied Concert Services.

On opera stages, other recent performances include Germont in La Traviata with Opera North (NH); the title role in Don Giovanni with Vashon Opera; Angelotti in Tosca with Boston Lyric Opera; Count di Luna in Il Trovatore and the title role in Eugene Onegin with Anchorage Opera; Germont in La Traviata with Tacoma Opera; Escamillo in Carmen at Amherst College; John Sorel in The Consul, Maestro in Osvaldo Golijov’s Ainadamar and The Doctor / The Editor in The Nose with Opera Boston; the First Nazarene in Salome with Portland Opera; and the title role in Don Giovanni with Delaware Opera. He has also performed Marcello in La Bohème in concert with the Huntsville Symphony Orchestra.

His concert appearances include Orff’s Carmina Burana with the Rochester Philharmonic Orchestra; Weill’s Seven Deadly Sins with the Detroit Symphony as a part of Carnegie Hall’s “Spring for Music” series; Beethoven’s Symphony No. 9 with the symphony orchestras of Bozeman, Charlottesville, Hartford, Huntsville, Kalamazoo, and Wyoming; Rachmaninoff’s The Bells with the Symphony Silicon Valley and the Colorado Symphony; Fauré’s Requiem and Mozart’s Requiem with the Eugene Concert Choir; and Handel’s Messiah at Avery Fisher Hall, with the Portland Chamber Orchestra, and New Bedford Symphony. He has also appeared in recital under the auspices of New York Festival of Song.

Anton Belov is the first-place winner of many vocal competitions including the George London Competition, Licia Albanese-Puccini Foundation International Competition, and the Metropolitan Opera National Council Auditions (Eastern Regional Winner). As the winner of Young Concert Artists International Auditions, Belov has appeared in over 40 recitals throughout the United States.

A native of Moscow, Anton Belov holds a Bachelor of Music Degree from The New England Conservatory, and an Artist’s Diploma and Master of Music Degree from The Juilliard School. A specialist in Russian lyric diction, he is the author of Russian Opera Libretti in Word-to-Word Translation and IPA Transcription and the Anthology of Russian Arias (Leyerle Publications 2004-06).