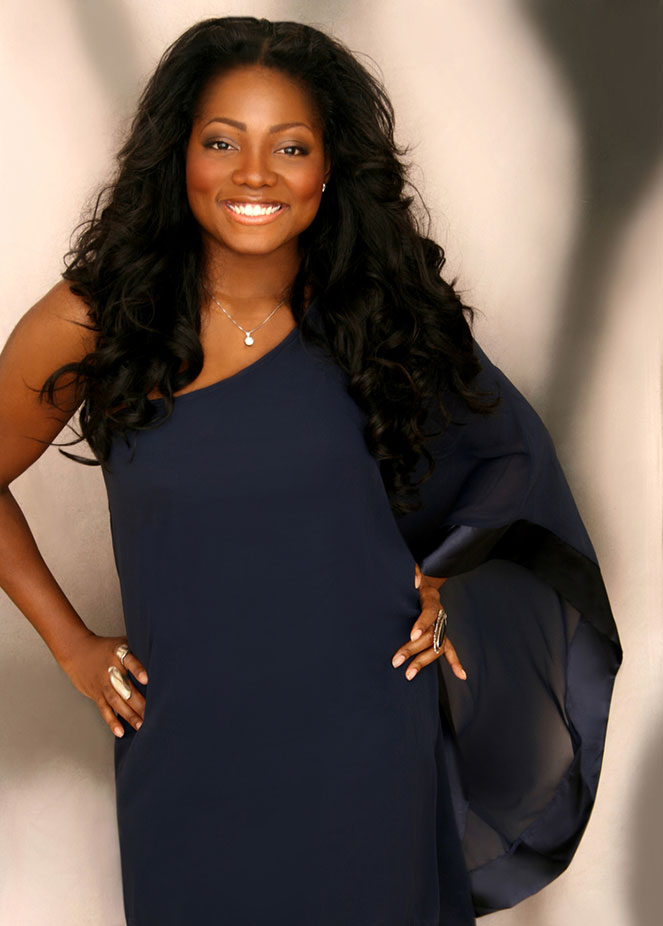 Acclaimed mezzo-soprano Krysty Swann has been hailed for her beautiful and rich voice, as well as her captivating presence on stage. The Washington Post declares, “Krysty Swann has a voice, and she knows how to use it…[She] displayed an instrument of immense power, natural beauty of tone and luscious legato line.” The Philadelphia-born, New York-based mezzo-soprano was featured on the cover of Opera News with the great Dolora Zajick.

Next, Swann will be making returns to the esteemed roster of The Metropolitan Opera for their productions of Akhnaten and Elektra, will debut the role of the Mother in Jeanine Tesori and Tazewell Thompson’s Blue for Michigan Opera Theatre and Toledo Opera, and will create the role of Mayme in Intimate Apparel, a new opera directed by Bartlett Sher and written by Lynn Nottage with music by Ricky Ian Gordon at the Lincoln Center Theatre.  Additionally, she will perform in a Gala Concert for Princeton Festival and in Tulsa Opera’s Greenwood Overcomes.  Most recently she appeared in a virtual performance of Handel’s Messiah with Glens Falls Symphony and created the role of Joyce “Tilly” Mitchell in the world premiere of Nico Muhly’s digital one act opera The Glitch which was released by Catapult Opera in February 2021.

With the Metropolitan Opera, she has appeared in the productions of Die Walküre, Nico Muly’s new opera Marnie, Il Tabarro and Francesca da Rimini. She was slated to make her mainstage Metropolitan Opera debut as Jade Boucher in Dead Man Walking in 2021.  She also appeared in the Lyric Opera of Chicago’s productions of Rigoletto, Die Walküre, and as the Third Maid in Elektra. Other recent engagements include her return to Grimgerde in Dallas Symphony’s concert production of Die Walküre under the baton of Maestro Jaap van Zweden, the role of Grandma in the world premiere of Douglas Tappin’s I Dream with Toledo Opera and Opera Carolina and Irina in Lost in the Stars with Union Avenue Opera. She also performed in Mary Shelley’s Frankenstein with the Ensemble for the Romantic Century in New York.

Concert highlights from recent seasons also include Mozart’s Requiem at Carnegie Hall; Verdi’s Requiem at Lincoln Center and with Santa Barbara Symphony; her concert début in South Africa with the acclaimed KZN Philharmonic under the baton of Daniel Boico; her Milan début in concert with Laverdi orchestra; a return to Austria’s Bregenz festival for a second season; and her début with the Boston Symphony Orchestra as well as the Tanglewood Music Festival. Additional concert engagements include Mahler’s Symphony No. 3 with Thailand Philharmonic Orchestra, Mozart’s Grand Mass in C Minor with the Eugene Concert Choir and an MLK tribute concert with Bach Festival Society of Winter Park. Ms. Swann returned to Carnegie Hall as Lola in Cavalleria rusticana with the Opera Orchestra of New York under the baton of Alberto Veronesi, alongside Maria Guleghina, Roberto Alagna and Mignon Dunn, garnering rave reviews. She has appeared as soloist in Messiah with the Rochester Symphony Orchestra, Indianapolis Chamber Orchestra and Baltimore Symphony Orchestra. She has also appeared as Emilia with Nathan Gunn and Victoria Clarke in The Firebrand of Florence by Kurt Weill and Ira Gershwin, conducted by Ted Sperling. She made her début in Avery Fisher Hall in Verdi’s Requiem and sang in Giacomo Puccini’s Edgar along with Marcello Giordani with the Opera Orchestra of New York conducted by Eve Queler.

Swann is a winner of the 2013 Marcello Giordani International Vocal Competition in Italy and the Intermezzo Foundation Award (Elardo International Opera Competition), as well as a two-time winner of the Richard F. Gold Career Grant (New York City Opera and Manhattan School of Music). Other distinctions include the Silver Prize of the Opera Index Competition and prizes from the Licia Albanese Puccini Foundation and the Metropolitan Opera National Council Award Recipient.