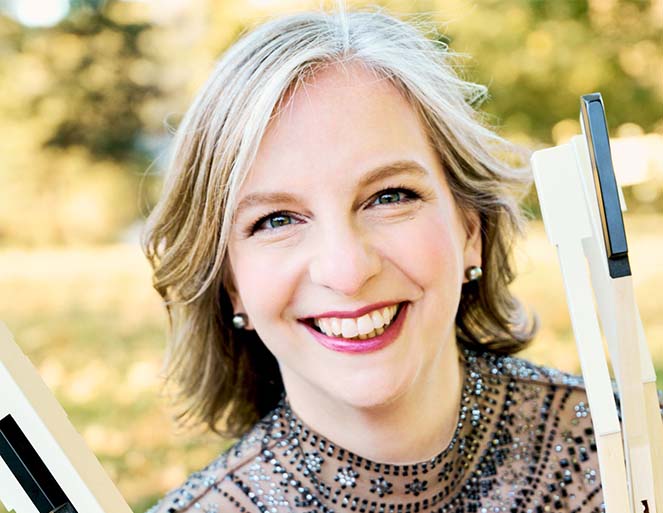 A consummate musician recognized for her grace and vitality, Orli Shaham has established an impressive international reputation as one of today’s most gifted pianists. Hailed by critics on four continents, Shaham is in demand for her prodigious skills and admired for her interpretations of both standard and modern repertoire. The New York Times called her a "brilliant pianist," The Chicago Tribune recently referred to her as “a first-rate Mozartean” in a performance with the Chicago Symphony and London's Guardian said Shaham's playing at the Proms was "perfection."
Shaham has performed with nearly every major American orchestra, as well as many in Europe, Asia and Australia. A frequent guest at summer festivals, her appearances include Tanglewood, Ravinia, Verbier, Mostly Mozart, La Jolla, Music Academy of the West and Aspen. Shaham’s acclaimed 2015 recording, Brahms Inspired, is a collection of new compositions alongside works by Brahms and his compositional forefathers. Other recordings include John Adams' Grand Pianola Music with the pianist Marc-André Hamelin and the San Francisco Symphony, with the composer conducting, American Grace, a CD of piano music by John Adams and Steven Mackey with the Los Angeles Philharmonic, David Robertson conducting, and Nigunim - Hebrew Melodies, recorded with her brother, the violinist Gil Shaham.