This performance was originally scheduled for March 2020.

In 1994 in his hometown of Portland, Oregon, Thomas Lauderdale was working in politics, with the intention of eventually running for office. Like other eager politicians-in-training, he went to every political fundraiser under the sun… but was dismayed to find the music at these events underwhelming, lackluster, loud and un-neighborly. Drawing inspiration from music from all over the world – crossing genres of classical, jazz and old-fashioned pop – and hoping to appeal to conservatives and liberals alike, he founded the “little orchestra” Pink Martini in 1994 provide more beautiful and inclusive musical soundtracks for political fundraisers for causes such as civil rights, affordable housing, cleaning up the Willamette River, funding for libraries, public broadcasting, education and parks.

One year later, Lauderdale called China Forbes, a Harvard classmate who was living in New York City, and asked her to join Pink Martini. They began to write songs together. Their first song – “Sympathique” (Je ne veus pas travailler)- became an overnight sensation in France, was nominated for “Song of the Year” at France’s Victoires de la Musique Awards, and to this day remains a mantra (“Je ne veux pas travailler” or “I don’t want to work”) for striking French workers.  Says Lauderdale, “We’re very much an American band, but we spend a lot of time abroad and therefore have the incredible diplomatic opportunity to represent a broader, more inclusive America… the America which remains the most heterogeneously populated country in the world… composed of people of every country, every language, every religion. Except for Native Americans, all of us are immigrants from every country, of every language, of every religion.”

Leading Broadway music director and conductor, Andy Einhorn, directs concerts this year with the Baltimore, St. Louis, Santa Barbara and South Dakota Symphony Orchestras. At Aspen Music Festival, Einhorn led performances of Sondheim's "A Little Night Music" and a concert performance of "South Pacific" and returns in 2020 to lead Steinbeck's "The Grapes of Wrath," music by Ricky Ian Gordon. Einhorn recently returned to Blossom Music Festival to lead The Cleveland Orchestra in a concert performance of "South Pacific." Most recently he served as the Music Supervisor and Musical Director for the Broadway productions of "Carousel" and "Hello Dolly!" Einhorn’s previous Broadway credits include "Holiday Inn, "Woody Allen’s "Bullets Over Broadway," Rodgers + Hammerstein’s "Cinderella," "Evita," "Brief Encounter," "The Light in the Piazza" and "Sondheim on Sondheim."

Since 2011 Einhorn has served as music director and pianist for six-time Tony Award winner, Audra McDonald, performing with her at such prestigious orchestras as The New York Philharmonic, the Boston Pops, The Philadelphia Orchestra and the San Francisco Symphony.

Andy Einhorn is an honors graduate of Rice University in Houston, Texas. 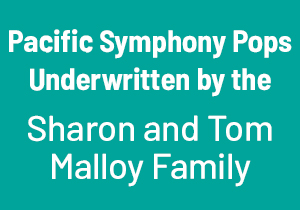