Enjoy a return to the intimate Samueli Theater with chamber music from recognizable composers and some of today’s brilliant minds. Barber and Brahms treat you to heart wrenching melodies of the Romantic era, Ives brings a modernism ahead of his time and the music of Tanaka, Esmail and Montgomery showcase the best contemporary music of the present.

Learn more about the artists and the music in the program notes.

A consummate musician recognized for her grace and vitality, Orli Shaham has established an impressive international reputation as one of today’s most gifted pianists. Hailed by critics on four continents, Shaham is in demand for her prodigious skills and admired for her interpretations of both standard and modern repertoire. The New York Times called her a "brilliant pianist," The Chicago Tribune recently referred to her as “a first-rate Mozartean” in a performance with the Chicago Symphony and London's Guardian said Shaham's playing at the Proms was "perfection."

Shaham has performed with nearly every major American orchestra, as well as many in Europe, Asia and Australia. A frequent guest at summer festivals, her appearances include Tanglewood, Ravinia, Verbier, Mostly Mozart, La Jolla, Music Academy of the West and Aspen. Shaham’s acclaimed 2015 recording, Brahms Inspired, is a collection of new compositions alongside works by Brahms and his compositional forefathers. Other recordings include John Adams' Grand Pianola Music with the pianist Marc-André Hamelin and the San Francisco Symphony, with the composer conducting, American Grace, a CD of piano music by John Adams and Steven Mackey with the Los Angeles Philharmonic, David Robertson conducting, and Nigunim - Hebrew Melodies, recorded with her brother, the violinist Gil Shaham.

After making his solo debut at the age of 14 with the Toronto Philharmonic Orchestra, Mr. Kim has gone on to perform as a soloist with many of the most important orchestras in China and Korea. A graduate of the Curtis Institute of Music and Yale School of Music, Mr. Kim's teachers include Jaime Laredo, Aaron Rosand, Peter Oundjian, Paul Kantor, Victor Danchenko and Yumi Ninomiya Scott. He plays the 1701 ex-Dushkin Stradivarius, on permanent loan from a generous donor.

Principal Cellist Warren Hagerty joined Pacific Symphony in 2019. An avid chamber musician, Warren was the founding cellist of the Verona Quartet. As a member of the quartet, he was awarded top prizes in international chamber music competitions on four continents, including the Wigmore Hall International String Quartet Competition, Osaka International Chamber Music Competition, Melbourne International Chamber Music Competition, Fischoff National Chamber Music Competition and Concert Artists Guild’s Victor Elmaleh Competition. The Verona Quartet was featured as “New Artist of the Month” in Musical America in May 2016. Warren has performed at many of the world’s most renowned venues, such as Carnegie Hall, Wigmore Hall, Alice Tully Hall, the Kennedy Center and the Sydney Opera House. Warren holds degrees from The Juilliard School and Indiana University’s Jacobs School of Music; his primary mentors have included members of the Juilliard String Quartet, Pacifica Quartet, Eric Kim and Sharon Robinson.

Warren has collaborated with many great musicians including Renée Fleming, David Shifrin, Cho-Liang Lin and Orion Weiss. He has appeared at numerous festivals such as the La Jolla Music Society SummerFest, Indiana University String Academy, Chelsea Music Festival, McGill International String Quartet Academy and the New York String Orchestra Seminar, where he was principal cellist in 2010. A strong proponent of new music, Warren was involved in commissioning and premiering composer Michael Gilbertson’s first string quartet, which was a finalist for the 2018 Pulitzer Prize in music. He has also premiered works by Richard Danielpour and Sebastian Currier. Among Warren’s many teaching engagements have been Teaching Assistant positions at The Juilliard School and Indiana University, as well as faculty roles at Indiana University String Academy and Oberlin String Quartet Intensive and Festival, and Teaching Artist positions with Youth Orchestra Los Angeles and Caesura Youth Orchestra. Warren is the Director of Junior Chamber Music Los Angeles. 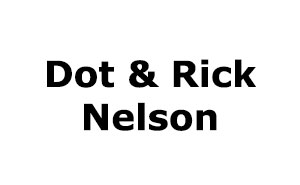