CAST in order of appearance:

An ambitious blending of narration, projected historical images and music, Boyer’s dramatic and evocative "Ellis Island: The Dream of America" frames seven stories of real people who came to America through Ellis Island between the years 1910 to 1940, which were collected by the Ellis Island Oral History Project. This recording of Pacific Symphony's April 7-8, 2017 performances was the first-ever PBS “Great Performances” broadcast from Segerstrom Center for the Arts.

Interview on ABC with composer Peter Boyer about "Ellis Island"

Learn more about the music in the program notes. (Note: only "Ellis Island" will be broadcast.) 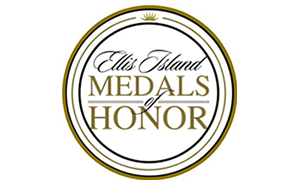