The clips are listed in reverse chronological order, so be sure to scroll down and watch them all!

A Musical Recipe for "Taco Tuesday"

Pacific Symphony dynamic duo Cindy and Tony Ellis return, this time to perform "Gazpacho" by Barbara York, a fun flute-trumpet duet to be paired with a recipe perfect for your Taco Tuesday! (Recipe at :26 seconds if you're feeling creative in the kitchen.) 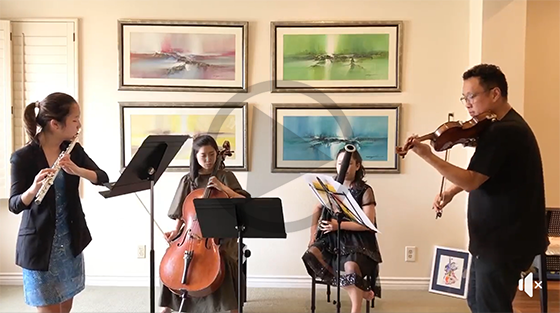 Prinicipal Cellist Warren Hagerty performs the final movement, the Gigue from Bach's Cello Suite No. 1 in G Major, BWV 1007 in his ongoing series of Bach's suites for unaccompanied cello.

Principal Cellist Warren Hagerty performs Menuet I and II from Bach's Cello Suite No. 1 in G Major, BWV 1007 in his ongoing series of Bach's cello suites.

From Carl St.Clair: "Here is the 2nd installment of our little mini-series. The primary reason for sharing these two video clips is to share with everyone the greatness of two of my most important mentors and teachers — Bernstein and Ozawa. These are truly great conductors. Seiji is at his best even at 80 years of age and Mr. B. creates Mahler as no one else can."

Concertmaster Dennis Kim introduces you to his lovely family, from his living room in Orange County. With social distancing in full effect, his family has had to adapt a lot to a #SaferAtHome way of life - see what they're up to!

Enjoy Principal Cellist Warren Hagerty's performance of the Sarabande from Bach's Cello Suite No. 1 in G Major, BWV 1007 in his ongoing series of Bach's cello suites.

Carl gets on camera today to give you his musical pick of the week!

Be sure to check out Carl's pick below, the dramatic final music of Richard Wagner's 1859 opera "Tristan und Isolde," performed here by Jessye Norman and the Wiener Philharmoniker, conducted by the legendary Herbert von Karajan in 1987.

Symphony musician and husband-and-wife dynamic duo, Tony and Cindy Ellis, play from Telemann's Sonatas for Two Flutes, this time as a flute-trumpet duet. 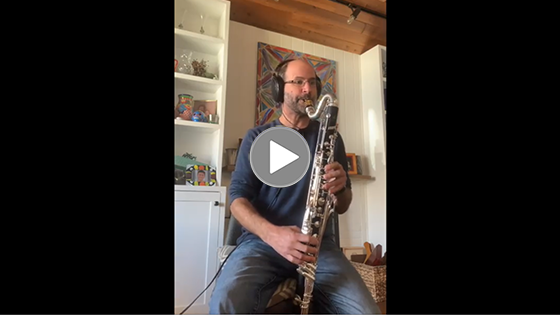 In celebration of the great composer's birthday, Principal Cellist Warren Hagerty performs the Allemande from Bach's Cello Suite No. 1 in G Major, BWV 1007 in his ongoing series of Bach's cello suites.

We'd like you to get to know Cindy and Tony Ellis, and their family of labradors! A family of musicians, Cindy Ellis plays the piccolo and flute, while Tony Ellis the trumpet for the Symphony.

Principal Cellist Warren Hagerty starts a video series in which he performs all six of Johann Sebastian Bach's suites for unaccompanied cello, one movement at a time. In the inaugural video, he plays the Prelude from Bach's Cello Suite No. 1 in G Major, BWV 1007.

Before concert cancellations began all across the arts world, Alexander Romanovsky was set to play all five of Beethoven's piano concertos with Pacific Symphony on March 19-22. Here he presents us the Cadenza of Beethoven's Piano Concerto No. 3 online.

A direct message to all of our subscribers, patrons, donors and board members from Music Director Carl St.Clair. We hope our entire Pacific Symphony family is doing well during these stressful times, and we hope that you're staying safe and healthy.