Our incredible staff consists of educators and working artists who come from all around the region and the country to teach at arts-X-press. Many have been with the program since its earliest years and continue to bring creativity and magic to each summer. Meet several members of our senior staff. 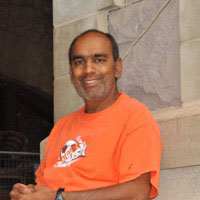 Leslie Benjamin (Vocal Music) currently teaches choral music and classical guitar at Savanna High School, in the Anaheim Union High School District. He has also taught at Santa Margarita Catholic High School and began his teaching career in the Santa Ana Unified School District. Leslie has worked for Pacific Symphony for the past fifteen years as the vocal music instructor for arts-X-press. In addition, both his sons were arts-X-pressers, and have returned as a counselor and as an accompanist. Recently, Leslie was invited to be a presenter for Pacific Symphony’s Class Act program. Leslie and his wife of twenty-five years have two boys. Evan, who is 21, is studying computer science, and Matthew, who is 18, attends Foothill High School. Leslie enjoys cooking, reading, going to the gym, and various home improvement projects. 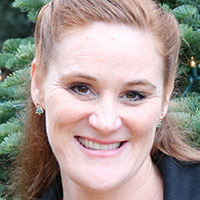 Shanti Harter (Dance) earned a BFA and MFA from the University of California at Irvine. She danced as a principal dancer with Southern California Dance Theatre, Anaheim Ballet, The Gallimaufry and Greene Dance Company and The Lehman Dance Ensemble for over 15 years. Ms. Harter began teaching throughout Southern California in 1997 and, after receiving her MFA, has held faculty positions at UC Irvine, Fullerton College, Saddleback College and Orange Coast College. She frequently guest teaches in multiple dance genres such as modern, ballet, afro-Haitian, variations, choreographic techniques, dance appreciation and dance history. In addition to teaching, Ms. Harter has directed and choreographed many shows in the Orange County area. Ms. Harter is the proud mommy of Makhana and Xallura and wife of a fellow arts-X-press faculty member. 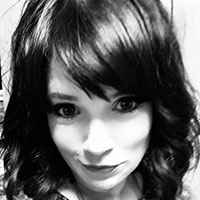 Deana Occhipinti (Theater and Dance) feels blessed to be a part of the arts-X-press family. Her passion for telling stories through song and dance has led her to both perform and teach for over 25 years. Deana holds the prestigious BFA in Musical Theatre Performance from California State University Fullerton. Performance experience includes many reviews, industrials, musicals, dinner theatres and theme parks throughout the Southland. Leading roles in Annie, West Side Story, The Pajama Game, Steppin’ Out and Cabaret, have earned her many rave reviews. “Her energy and charisma are a standout” (OC Register). Along with being a faculty Director and Choreographer at Irvine Valley College, Deana currently is the Performing Arts Director and ASB Advisor at Red Hill Lutheran School (a Pacific Symphony Class Act School!) in Tustin, as well as, resident Director/Choreographer for Trinity United Presbyterian Church. Deana is PROUD to have BOTH her daughters dancing thru life and making beautiful music with her, enjoys cooking and playing with her rescue dog, Rocky. 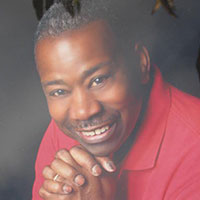 Eddie Oliver (Instrumental Music) thanks his family and all of the teachers for using their super-powers to get him through all of his schooling. Born in the south in South Georgia, Eddie has been teaching music for over 30 years and has been on The Boston Symphony Orchestra’s Days In The Arts (DARTS) faculty since 1991. Eddie has been a military bandleader serving all over the world. He has performed in The Rose Bowl, Orange Bowl, and Cotton Bowl numerous times. After his time in the military, Eddie moved to Dorchester, MA to teach music. Eddie has been the director of the Boston Public Schools All-City Bands, and the Boston Police “Cross Town Band.” Eddie has taught instrumental music with Pacific Symphony’s arts-X-press since the beginning and is a founding member of the program. “It’s All Good.”

James Suazo (Program Director) (he/him/his) is an avid reader, writer, artist, and community organizer who was born and raised in Santa Ana, California. James participated in arts-X-press in 2002 (the second year of the program) where he experienced a Broadway show and symphony concert for the first time. He has since come back to arts-X-press as a counselor, coordinator, creative expression instructor, and now director. Outside of the weeks of arts-X-press, James is Associate Director at Long Beach Forward, a nonprofit organization in Long Beach that supports community development, where he oversees programming, communications, and learning & evaluation efforts for the organization. James graduated from California State University, Long Beach with a Bachelor of Arts degree in English Education with an emphasis in Language and Linguistics and a minor in Comparative World Literature. 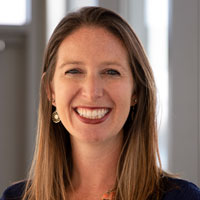 Michal Yadlin (Creative Expression) has been a Creative Expression teacher at arts-X-press for over ten years, first joining senior staff in 2008. She was also an arts-X-press counselor for four years in high school and college. When not having a magical summer, she lives in Idaho and teaches history, culture and humanities at the College of Western Idaho and globalization at Boise State University. She is a ten-year member of the Meridian Symphony, playing in the cello section and loves the camaraderie of playing in an ensemble. Outside of work and music, she loves to travel around the world, read, go hiking in the Boise foothills and camping in the mountains, and enjoying all the coffee shops that Boise has to offer.