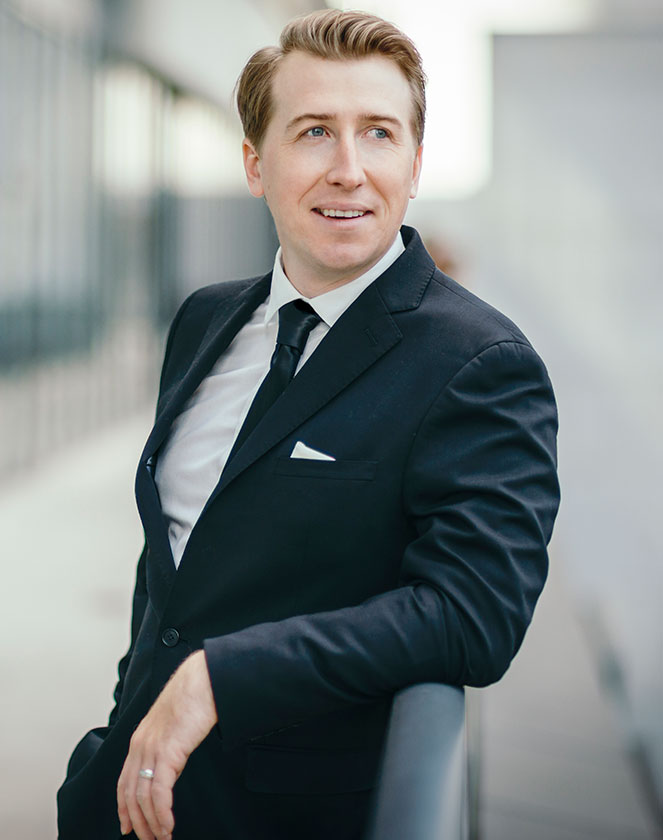 Known for his “voluptuous elegant tone,” and a “robust tenor with baritonal heft,” American lyric tenor Joshua Dennis is a star on the rise. Dennis, a champion of new works, had the honor of originating two roles: “Shoeless” Joe Jackson in Minnesota Opera’s world premiere production of The Fix, and Prince Frederic in Poul Ruders’ The Thirteenth Child with the Santa Fe Opera. Additionally, he was heard in Huang Rou’s Paradise Interrupted at the MGM Grand in Macau, and was the host of Santa Fe Opera’s virtual event Songs from the Santa Fe Opera. Additionally, he performed as Leonard in the world premiere of Nadia Boulanger’s La ville morte with Catapult Opera.

In the 2021-2022 season, Dennis created two roles: Marc in the world premiere of Huang Ruo and David Henry Huang’s M. Butterfly with the Santa Fe Opera, and Dean Clarkson in the world premiere of Stinney: An American Execution with Opera Grand Rapids. He also made his role debut as Don José in Carmen with Opera Idaho, performed as Don Ottavio in Don Giovanni with Opera San Antonio, and performed as a soloist in Beethoven’s Symphony No. 9 with Oregon Symphony.  This season’s engagements include the Duke of Mantua in Opera Colorado’s Rigoletto, and as the tenor soloist in Handel’s Messiah with the Santa Fe Symphony.