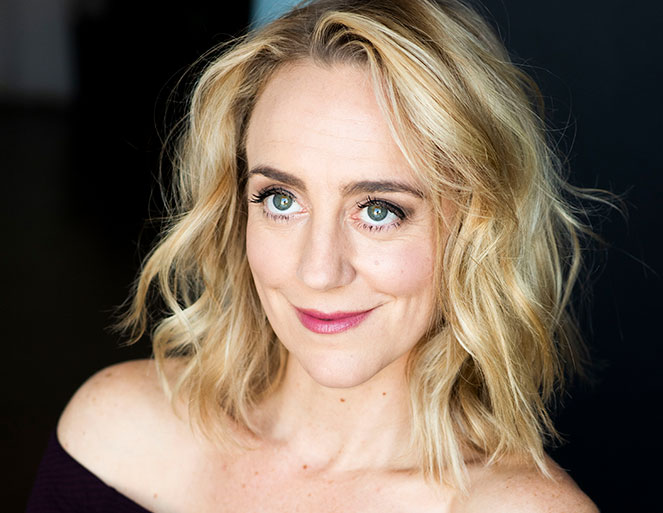 Born and raised in Los Angeles, California, Whitney made her Symphony debut at age 7 singing in the children’s chorus in the West Coast premiere of music from John William’s Home Alone with Pacific Symphony. After receiving a B.F.A. in theatre performance from Chapman University, she spent two years with the North American Tour of the Broadway smash-hit Mamma Mia! Her performance as Sophie garnered this review from the Boston Globe: “With her pure, clear voice, gentle or forceful as called for, but always beautifully placed – she really deserves to vault straight to Broadway. Plus, her acting is as compelling as her singing.”

Whitney has performed as principal guest soloist with 30+ symphony orchestras spanning the globe including the Malaysian Philharmonic in Kuala Lumpur, the Calgary Philharmonic, the Atlanta Symphony, the Blossom Festival Orchestra, the Florida Orchestra, the Dallas Symphony, the Melbourne Symphony Orchestra in Australia, and the National Symphony at the Kennedy Center. Whitney has spent several seasons touring with “Disney in Concert” bringing the magical music of the films of Walt Disney to audiences all over the world, and was chosen to sing the world concert premiere of a deleted song from Mary Poppins in the Sherman Brothers tribute concert "A Spoonful of Sherman” put on by the Golden State Pops Orchestra.

Whitney’s favorite theatrical appearances include Cabaret, A Midsummer Night’s Dream, Marisol, The Robber Bridegroom and The Los Angeles Theatre Ensembles’ original production of Wounded that performed at the Edinburgh Fringe Festival. TV credits include General Hospital and the hit ABC series Modern Family. As both a singer and voice-over performer in film and television, Whitney has been heard on productions including That Championship Season, The Secret of NiMH 2 and two MGM animated series: All Dogs Go to Heaven and Noddy. She can be heard on the Grammy-nominated recordings of songs written by Oscar-winning composer Dimitri Tiomkin. www.whitneyclairekaufman.com