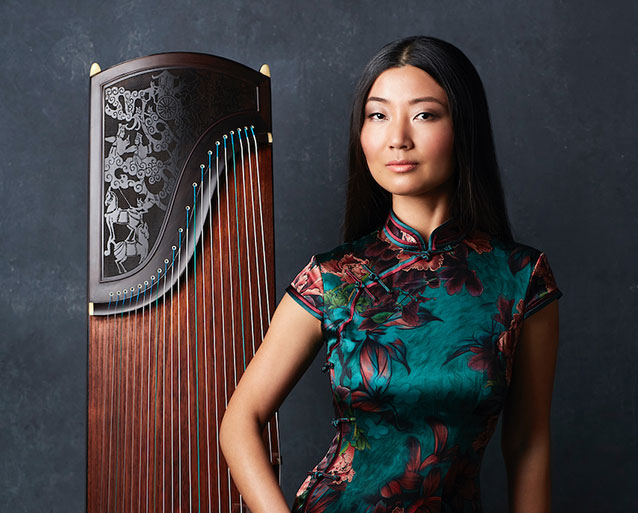 Guzheng Master Bei Bei Monter was born in Chengdu, China and trained at China Central Universities of Nationalities in Beijing and Hong Kong Academy for Performing Arts under several Guzheng masters. As a recording artist, her performances have been featured in Disney’s live-action Mulan film in 2020, Sci-fi Channel’s Battlestar Galactica, award-winning video game Revelation, and most recently, at the new Universal Studios Beijing theme park. In 2015, she was featured as one of “The Most Fascinating People of Los Angeles” by LA Weekly Magazine. Bei Bei has released four albums and was featured in many artists’ songs such as Loyal Brave True by Christina Aguilera as well as Yue Dao Tian Xin Chu by Summer Jike Junyi. She has performed throughout the U.S. and Canada, and toured to Hong Kong, India, the U.K. and Italy. She was also featured as a guest soloist performing with UC Irvine Symphony orchestra, UCLA Game Music Ensemble and Pacific Symphony. Bei Bei’s multiple performance videos on YouTube have been viewed over 12 million times in total. Her fans are all over the world.