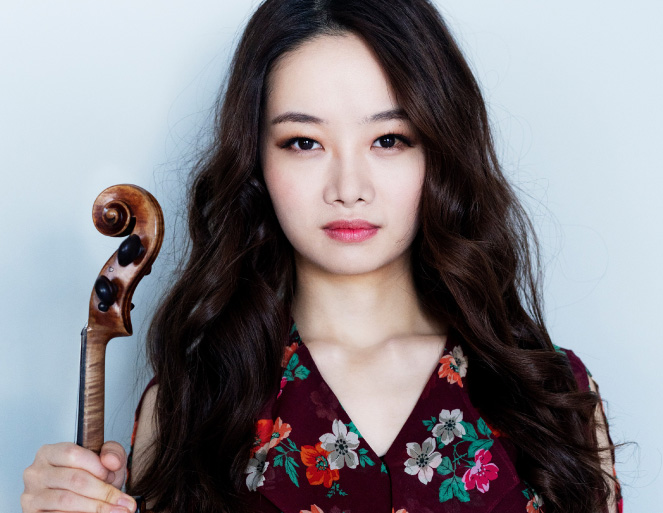 "This violinist is ready for anything: with virtuosity, presence, clarity and a warm, rich tone, Bomsori is adept at making each moment her own" -Crescendo Magazine

Bomsori’s expressive communication with the audience through her personal interpretations have been recognized by many of the world’s finest orchestras and eminent conductors.  In the 2020-2021 season, Bomsori returns to Rheingau Music Festival as the focus artist. The residency at the Rheingau Music Festival 2021 will include  seven concerts, presenting Bomsori’s entire artistic skills together with various musical partners. She will perform all five Mozart violin concertos with the Camerata Salzburg,  Tchaikowsky's Violin Concerto with Royal Philharmonic Orchestra and Vassily Petrenko and with Tenebrae Choir,  Bomsori will perform Bach's Partita in D minor for solo violin merging with his chorales.

In Summer 2021 Bomsori will return to Gstaad Menuhin Festival performing twice, as the “Menuhin’s Heritage Artist." Bomsori makes her debuts at the Philharmonie Essen, Festspielhaus Baden- Baden and the Philharmonie in Cologne. She will perfrom with Hong Kong Philharmonic Orchestra under the baton of Jaap van Zweden and with Singapore and Tokyo Symphony Orchstras.

As a soloist, Bomsori has appeared at numerous venues worldwide, such as Musikverein Golden Hall in Vienna, Tchaikovsky Hall in Moscow, Philharmonic Hall in St. Petersburg, Finlandia Hall in Helsinki, the Herkulessaal and the Prinzregententheater in Munich, Berlin Philharmonic Chamber Hall, Rudolfinum and Smetana Hall in Prague, and Seoul Arts Center Concert Hall.

A native of South Korea, Bomsori received a Bachelor’s degree at Seoul National University, where she studied with Young Uck Kim. She also earned her Master of Music Degree and Artist Diploma at The Juilliard School as a full-scholarship candidate and studied with Sylvia Rosenberg and Ronald Copes.

With the support of Kumho Asiana Cultural Foundation, she currently plays on a 1774 violin by Joannes Baptista Guadagnini.