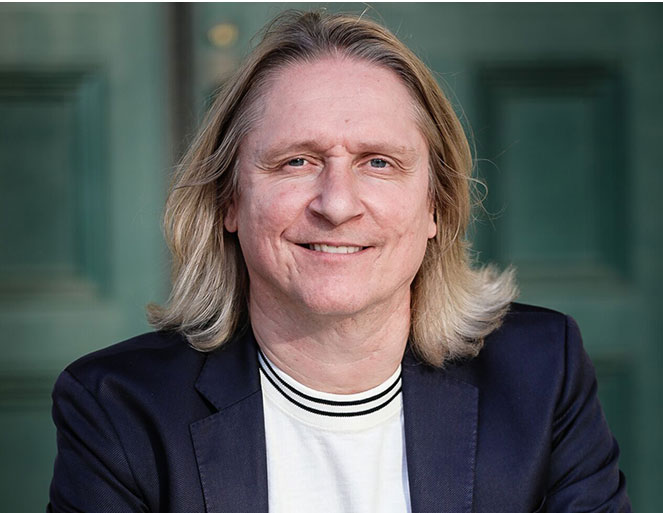 Christoph Bull  improvised his first melodies on the piano at the age of five and gave his first organ recitals and rock concerts with a band at the age of twelve. He has concertized around the world, including Europe, Russia, India, Taiwan, China, Japan, El Salvador and many U.S. states. He’s performed at national and regional conventions of the American Guild of Organists and the Organ Historical Society.

Bull recorded the first album featuring the organ at Walt Disney Concert Hall in Los Angeles, entitled First & Grand. His most recent album is Patrick Cassidy's The Mass, released by Supertrain Records, which he performed on and co-produced during the quarantine at First Congregational Church of Los Angeles, joining forces with the vocal ensemble Laude and Director David Harris.

His music has been broadcast on KCRW, on Classical KUSC and the Minnesota Public Radio program Pipedreams. He recorded the pipe organ parts for Ghostbusters and Transformers at First Congregational Church of Los Angeles. He also worked as organ consultant on Steven Spielberg’s Minority Report and recorded for Robin Williams’ last TV Show The Crazy Ones. He has performed with George Clinton and recorded with Bootsy Collins (both Parliament Funkadelic). Together with Lili Haydn and Satnam Ramgotra, he opened up for Cindy Lauper, and he's also worked with Harry Connick Jr. on his first Christmas album. Discovery and Science Channels featured him in the first episode of How to build... everything.

Bull is university organist and organ professor at UCLA as well as organist-in-residence at First Congregational Church of Los Angeles, regularly playing one of the largest pipe organs in the world.

Outside of music, Christoph is interested in politics, theology, cinema and sports. He’s read the whole Bible, Koran, Bhagavad Gita and Tao Te Ching, watched every Seinfeld episode and all Star Wars movies in a row in the chronological order of the storyline. He’s run the L.A. Marathon several times and won the National German Youth Championship in Baseball with his team BC Tornados Mannheim.

Bull has had a relationship with Pacific Symphony and the Gillespie Concert Organ (C.B. Fisk Opus 130) since hosting the Artistic Experts Panel discussing the groundbreaking new installation of the organ in September of 2008. Since then he's been back at Segerstrom Concert Hall as an artist on numerous occasions, including the debut concert of the Pedals & Pipes organ concert series in 2010 and the American Composers Organ Festival in 2016. He's thrilled to return for performing one of the most beloved classics in the repertoire, Saint-Saëns "Organ Symphony," together with Pacific Symphony.

„Since arriving in Los Angeles, Christoph Bull has made his presence felt as a charismatic musician well versed in jazz, film, pop and classical styles.“ (Gramophone Magazine)

„Bull brings a fresh, unconventional approach to the organ both as interpreter and as improviser/composer.“ (The American Organist)