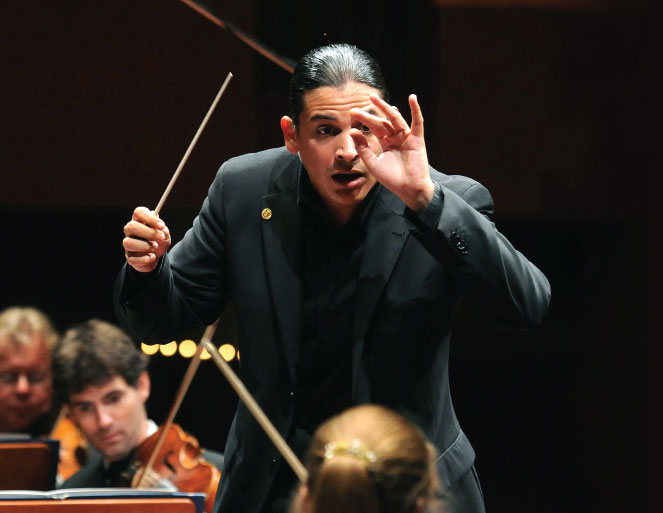 The Venezuelan-born, Spanish conductor José Luis Gomez was catapulted to international attention when he won First Prize at the International Sir Georg Solti Conductor’s Competition in Frankfurt in September 2010, securing a sensational and rare unanimous decision from the jury.

Gomez’s electrifying energy, talent and creativity earned him immediate acclaim from the Frankfurt Radio Symphony Orchestra where he was appointed to the position of Assistant Conductor, a post created especially for him by Paavo Jarvi and the orchestra directly upon the conclusion of the competition.

Maestro Gomez was the principal conductor of the Orchestra 1813 Teatro Sociale di Como between 2012 and 2015 and is Musical Director of the Tucson Symphony Orchestra.