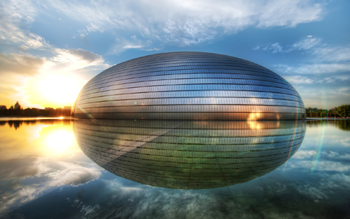 From June 24-July 3, 2016, approximately 107 students from Pacific Symphony Youth Orchestra (PSYO), 11 parents (serving as chaperones), the Symphony’s new assistant conductor Roger Kalia and a handful of Symphony staff members will fly off on a once-in-a-lifetime journey—embarking on a tour of China. They will be performing in three cities: Beijing, Hangzhou and Shanghai. In addition to performing in each of these cities, PSYO will visit many of China’s treasured tourist attractions and get a taste of each city’s local culture and distinct cuisine. Over the course of the 10-day tour, PSYO will be performing four concerts, one each in the National Center for Performing Arts in Beijing; Poly Theatre in Beijing; Hangzhou Grand Theater in Hangzhou; and the Oriental Arts Center in Shanghai. 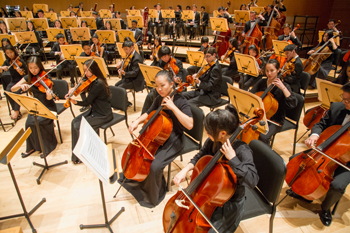 “The 2015-16 season builds to a climax with the international tour, where the ensemble’s artistic cohesiveness is at its finest and all musicians are needed to ensure the tour’s success,” says Director of Youth Ensembles Bella Staav. “So we hope everyone will have a chance to participate in this exceptional opportunity." 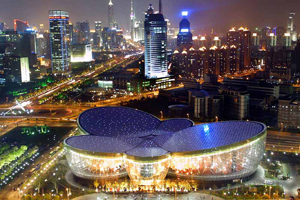 PSYO hasn’t toured since visiting Bulgaria in 2011, so the opportunity is an exciting one. China is a vast country, rich in history, culture and art. With its high-end concert halls, deep-rooted appreciation for the arts and hospitable atmosphere for tourism, China has become a hot destination for professional and youth orchestras from all across the globe. In the summer of 2015 alone, China has been visited by Santa Rosa Symphony Youth Orchestra, Cleveland Orchestra Youth Orchestra, Greater Dallas Youth Symphony, San Diego Youth Symphony, as well as other touring ensembles. PSYO’s trip to China is made possible in part by the generosity of Pacific Symphony Board Member Charlie Zhang, a native of China and passionate ambassador for classical music. 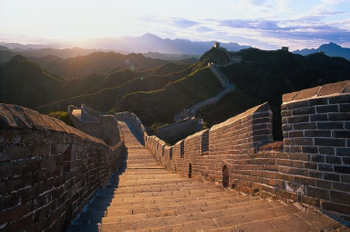 The first stop on the tour is Beijing, the capital of China and the third largest city in the world, one that celebrates a history dating back three millennia. Beijing has acted as both the political and cultural center of the country for the past eight centuries and is renowned for its opulent palaces, temples, parks, gardens, structures and museums. The second performance takes place in Hangzhou, one of the most distinguished and prosperous cities in China due in part to its beautiful natural scenery, including its treasured West Lake, which PSYO will visit. The final destination—Shanghai—is China’s largest city by population and a popular tourist destination famous for its historical landmarks such as The Bund, Yu Garden, and extensive Lujiazui skyline and major museums. It has been described as the “showpiece” of the booming economy of mainland China.

“We will be visiting various attractions in China that are of cultural, artistic, historical, and political importance,” says Staav. “The coolest highlight of the trip is that PSYO will be doing some sort of cultural exchange activity with a high-school orchestra of comparable talent in Shanghai. Charlie Zhang, who is a native of Shanghai, bridged the connection with the school system in Shanghai and we are excited to do some sort of side-by-side and/or social activity with this orchestra."