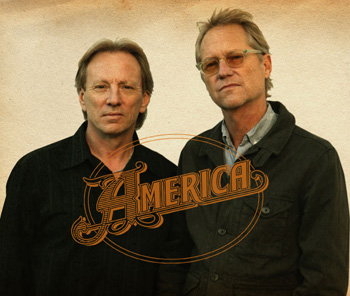 The OC Fair is holding an exclusive, pre-fair concert featuring Pacific Symphony with the perennial classic-rock favorite, America, on Thursday, July 16, at 8 p.m., as part of the 2015 Toyota Summer Concert Series at the Pacific Amphitheatre. Celebrating its 45th anniversary, the band performs some of their greatest hits, such as its best-known “Horse with No Name,” “I Need You,” “Ventura Highway,” “Don’t Cross the River,” “You Can Do Magic,” “Lonely People,” “Sister Golden Hair, “Tin Man” and more. The evening is also a celebration of the Fair’s newly constructed Pacific Amphitheatre lobby and Plaza Pacifica area, and includes a ribbon-cutting ceremony in the new plaza kicking off the evening. (The 2015 OC Fair, themed “One Big Party,” officially opens July 17 and continues through Aug. 16.) 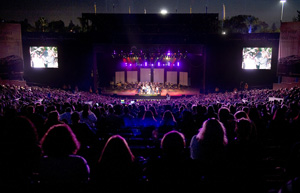 Tickets for this special concert featuring Pacific Symphony and America start at $26 and may be purchased through Ticketmaster or at the OC Fair & Event Center Box Office, which is open Saturday and Sunday, 10 a.m.-4 p.m. Since the Fair will not be open yet, ticketholders may return during the Fair’s run and redeem their concert ticket for free admission to the Fair. Tickets are available at all Ticketmaster outlets, online at ticketmaster.com or by phone (800) 745-3000. The OC Fair & Event Center is located off the 405 and 55 freeways at 88 Fair Drive in Costa Mesa. For more information, please visit ocfair.com or call (714) 708-1500. 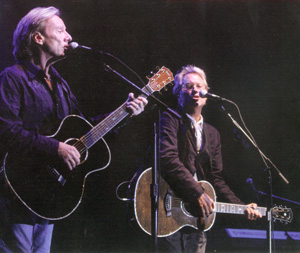 One of the most iconic rock-and-roll bands to come out of London during the 1970s, Grammy Award-winning America last joined the Symphony in June 2014 to rock the Renée and Henry Segerstrom Concert Hall with hot hits, soulful ballads and rock classics. The perennial folk-country-rock favorite has nearly half a century of gold and platinum albums, chart-topping hits and a variety of genre-crossing tunes in its wake. The band’s surreal, somewhat psychedelic lyrics, which were an anomaly in their genre, helped to define the new California soft-rock sound that grew out of the area’s folk and pop. Founding members Gerry Beckley and Dewey Bunnell joined the orchestra to perform its signature hits.