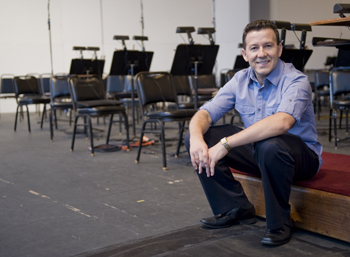 A shining jewel among the most popular piano repertoire, Beethoven’s “Emperor” Concerto bursts to life in the hands of internationally renowned pianist Rueibin Chen at Pacific Symphony’s Summer Festival. The Boston Globe has said: “He plays with white-hot energy, steel-fingered power and athletic virtuosity… Chen showed that he can play with delicacy and imagination.” Full of romanticism, majesty and beauty, Beethoven’s Piano Concerto No. 5 is the last piece the composer wrote in concerto form and has remained the favorite among his fans. Led by Assistant Conductor Alejandro Gutiérrez in his Summer Festival debut, this concert also marks the maestro’s final performance with the Symphony. This evening of music under the stars opens with Verdi’s stormy and colorful “La Forza del Destino” and concludes with Rimsky-Korsakov’s “Scheherazade,” a musical rendition of “One Thousand and One Nights." 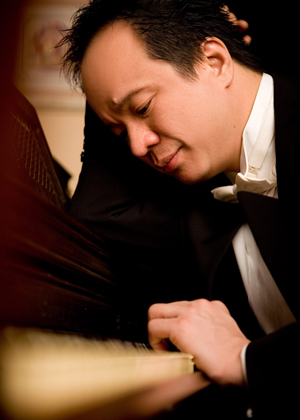 Taking place Saturday, July 25, at Irvine Meadows Amphitheatre (formerly Verizon Wireless Amphitheater), the concert begins at 8 p.m. and audience members are welcome to picnic on the grounds starting at 6 p.m. Tickets range from $25-$107 and kids are half price in most sections. For more information or to purchase tickets, call (714) 755-5799 or click here. 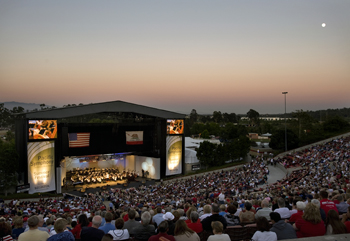 “Through the ‘Emperor’ I would like to express Beethoven’s attitude toward life,” says the pianist, Chen. “He had a rough life, but he faced obstacles with positive attitude. He composed so much beautiful music regardless of life’s challenges… I very much look forward to performing this piece with Pacific Symphony. It is a first-class orchestra with wonderful musicians from all over the world. Also, there are many music-loving families of Asian descent in Orange County. The children of these families all take music lessons. It will be a great opportunity to communicate with them via Beethoven’s music.”

Born in Taiwan, pianist Chen was discovered at age 13 through a national talent search and sent to Austria to study at the Vienna Conservatory under the late legendary Russian pianist Lazar Berman. Since then, he has won a total of 18 medals, including five gold medals earned before the age of 20. Recently, Chen was the opening soloist for the 2010 World Expo in China and has been acclaimed for his masterful performance of Rachmaninoff’s complete piano concertos in two consecutive nights at Taiwan’s National Concert Hall, garnering significant critical acclaim. In addition to his masterful artistry, Chen’s humble background and hardship growing up alone in Europe have inspired many young pianists, both in Asia and abroad.