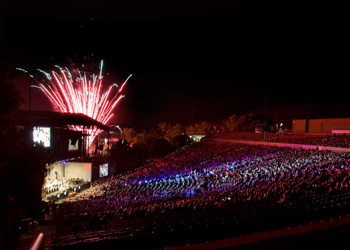 Pacific Symphony launches Summer Festival 2015 with a rollicking, high-energy Fourth of July celebration featuring the ever-popular tunes of Journey, brought to life by the tribute band, Faithfully. Faithfully preserves the hits of one of the most beloved bands in America through performances of songs such as “Don’t Stop Believin,’” “Faithfully,” “Any Way You Want It,” “Open Arms” and “Wheel in the Sky.” Remaining one of the most popular rock bands in America, Journey’s wide variety of musical genres including rock, jazz fusion, progressive rock, hard rock and pop rock have won them 25 gold and platinum albums and 19 Top-40 singles. The Symphony’s Independence Day concert (always the most popular of the season!) begins early with picnicking on the grounds and culminates in a brilliant fireworks display set to music performed by the orchestra. The festivities also pay homage to America’s war heroes through a salute to the U.S. armed forces. 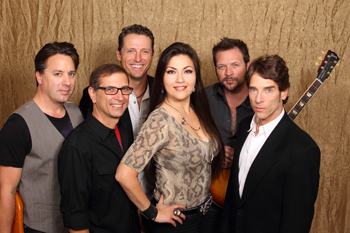 “There’s nothing like joining several thousand people to celebrate America’s birthday,” enthuses Principal Pops Conductor Richard Kaufman. “This year Pacific Symphony pulls out all the stops to give everyone the opportunity to honor America in a fun, exciting and memorable way!"

Faithfully, enhanced by the musical force of the Symphony’s full orchestra, led by Maestro Kaufman, rocks Journey’s hits on Saturday, July 4, at 8 p.m. at the Irvine Meadows Amphitheatre (formerly Verizon Wireless Amphitheater). Tickets for range from $25 (lawn seating) to $107 (orchestra seating); children under 14 are half price in most sections with the purchase of an adult ticket. Military personnel and veterans receive free entrance with $20 tickets for family members. Guests are welcome to picnic on the grounds of the venue starting at 6 p.m. and listen to the Orange County Wind Ensemble. For more information or to purchase tickets, please call (714) 755-5799 or visit click here. 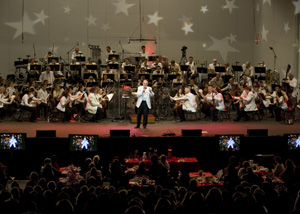 “It’s much more than just a concert!” says Kaufman. “We will feature patriotic music to stir the hearts of our audience, and on the first half of the concert we present music from some of Hollywood’s most memorable and fun film fantasies. Then, of course, we enjoy the music of the iconic band, Journey, and end with fireworks! It’s a night for the entire family and people of all ages.”

This celebration begins with John Williams’ moving “Liberty Fanfare,” followed by good old-fashioned family fun, featuring music from popular movies and television shows, including “Harry and the Hendersons,” “Doctor Doolittle,” “Mary Poppins,” “Spiderman,” “Star Trek” and “The Flintstones Meet the Jetsons.” After intermission, Faithfully’s dynamic stage presence captures the sound and character of Journey as they sing the band’s top hits. The evening includes a formal salute to the U.S. armed forces, accompanied by patriotic classics such as “America the Beautiful,” Sousa’s “Washington Post March,” “Semper Fidelis” and “Stars and Stripes Forever”—and ends with a breathtaking fireworks finale!