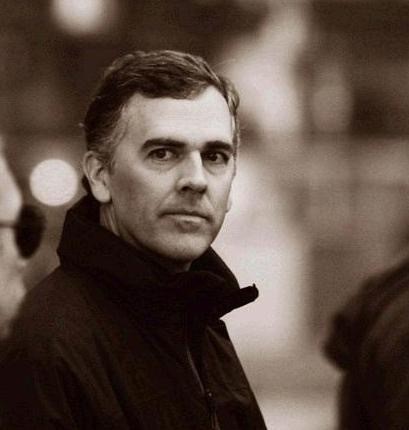 Pacific Symphony today announced the appointment of Timothy Mangan, former classical music critic for The Orange County Register and founder of the blog ClassicalLife.net (created in 2006 to cover Pacific Symphony’s European tour), to the newly created position of writer-in-residence. Mangan is an award-winning nationally renowned journalist who has an established reputation as a cultural thought leader and writes about music with deep knowledge and passion.

Symphony President John Forsyte says, “As writer-in-residence, Tim Mangan will be a collaborative partner in engaging current and new culture-seekers in innovative ways. He is well respected on the Southern California cultural scene and, in fact, on the national scene as well. We’re looking forward to embracing his creativity and sharing it widely with our audiences.”

Mangan joins Pacific Symphony after serving as The Orange County Register’s classical music critic from 1998-2016. He is a contributor to Opera News and the Los Angeles Times, and has also written for the Baltimore Sun, Los Angeles Herald-Examiner, Musical America and Gramophone, among other publications. In 1999, he won an ASCAP Deems Taylor Award for his writing on classical music. In addition, he is co-editor of Paul Bowles on Music, published by the University of California Press. In 2010, the Orange County Press Club named ClassicalLife the best blog in Orange County.

“The decline in traditional media has made it increasingly difficult for arts organizations to get their stories told to wider audiences as well as to reach new audiences. Creating the writer-in-residence position is our personal response to shifts in the media landscape,” Forsyte explains. “Tim Mangan is someone who can tell relevant stories of our art form in compelling, innovative ways, using video, photos and audio, in addition to the written word. I hesitate to use terms like ‘brand journalism’ or ‘content marketing’ about this new role because that is only a part of this position. What Tim brings to this organization is far more creative: his unique voice and extensive experience will evolve the position as he interacts with Pacific Symphony musicians, concertgoers and the greater Orange County community at large. He will help bring greater recognition to the Symphony, our musicians, music education in our schools and the philanthropists who share their resources to make it all happen.”

“I’m grateful for this opportunity and eager to start,” Mangan said. “As a music critic, I’ve been covering the Pacific Symphony since 1989. I reviewed Carl St.Clair’s first concert with the group in 1990 for the L.A. Times. I actually played with the orchestra in the early ’80s. Over the years, I have come to know and admire many of the people who work there and appreciate their innovative approach to presenting classical music. I’m really looking forward to this collaboration.”

“Similar to a composer-in-residence, Tim Mangan will be creating original work for a symphonic organization. But instead of creating original music, as writer-in-residence he will be creating original writing about music,” says Frank Terraglio, the Symphony’s vice president of marketing and public relations. “Among the interesting initiatives Tim will be developing are a Pacific Symphony blog, in-depth articles providing insight into classical music, a digital newsletter and YouTube interviews with Symphony musicians and soloists. We are also discussing the idea of Tim hosting an interactive series of casual conversations about music, so stay tuned for more details.”

Pacific Symphony, led by Music Director Carl St.Clair, celebrates its 38th anniversary this season. The largest orchestra formed in the United States in the last 50 years, it is widely recognized as an outstanding ensemble making strides on both the national and international scene, as well as in its own burgeoning cultural community. The Symphony has played a central role in the phenomenal growth of the performing arts in Orange County. Presenting more than 100 concerts and a rich array of education and community programs, the Symphony touches more than 300,000 Orange County residents each year—from school children to senior citizens.