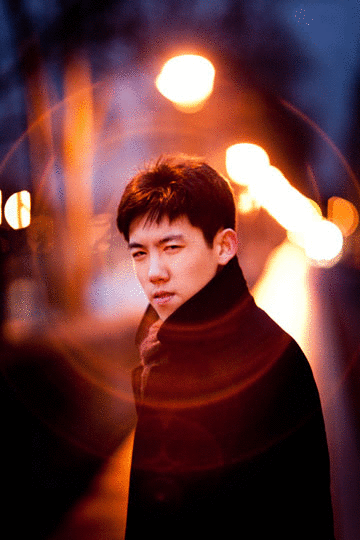 Pacific Symphony rings in the New Year with two monumental Russian works on one exceptional program. First, one of the repertoire’s most-loved and instantly recognizable concertos—Tchaikovsky’s gorgeous and grand Piano Concerto No. 1—becomes the center of attention for this orchestral showcase led by Music Director Carl St.Clair. Demanding virtuosity and superb technique to deliver its pounding parallel chords and rapid finger work, Tchaikovsky’s masterpiece is in excellent hands with the 2009 gold-medal winner of the Van Cliburn Competition, Haochen Zhang. The Jerusalem Post wrote of Zhang: “Such a combination of enchanting, sensitive lyricism and hypnotizing forcefulness is a phenomenon encountered very rarely.” Sharing the spotlight for this concert is Prokofiev’s formidable Fifth Symphony, one of the great instrumental works of the 20th century.

Capturing passionate musical statements throughout, this concert takes place Thursday through Saturday, Jan. 12-14, 2017 at 8 p.m., in the Renée and Henry Segerstrom Concert Hall. A preview talk with Alan Chapman begins at 7 p.m. Tickets are $25-$125 (Box Circle, $195); for more information or to purchase tickets, call (714) 755-5799 or visit www.PacificSymphony.org.

To further enhance the concert experience, this performance is one of four this season that features image magnification on the big screen to give the audience a closer look at the pianist, conductor and musicians of Pacific Symphony.

And don’t miss the Symphony’s next Sunday Casual Connections concert, “Russian Passion,” taking place Sunday, Jan. 15, 2017 at 3 p.m., in the Renée and Henry Segerstrom Concert Hall—when Prokofiev’s Symphony No. 5 gets the extra attention it deserves. The 90-minute concert, led by Maestro St.Clair, is an in-depth exploration of the work that Prokofiev considered the pinnacle of his career. Tickets are $25-$98. For more information or to purchase tickets, please call (714) 755-5799 or visit www.PacificSymphony.org.

“We will have finished 2016 with a big program of German/Austrian music—Brahms, Richard Strauss and Johann Strauss,” explains Maestro St.Clair, “so I wanted to begin 2017 with two equally balanced works from two of Russia’s greatest composers—Prokofiev and Tchaikovsky. Beginning the concert with that famous horn call and one of the most memorable melodies in the entire repertoire will welcome our Pacific Symphony family back after New Year’s with a beloved favorite.”

One of Tchaikovsky’s best-known works and among the most famous in all of classical music, the First Piano Concerto is a deeply expressive and romantic magnum opus. Tchaikovsky’s masterpiece takes off with a big melody and ends with an even larger one, and there are hundreds of hills and valleys in between. Each movement has drama, grandeur, beauty—all juxtaposed into one magnificent soundscape. The orchestra and the soloist often take turns introducing different melodies, revealing different textures and colors to the same melody—which makes it all the more shocking to realize that it was not an instant hit.

“When Tchaikovsky first played his concerto for Nikolai Rubenstein, one of the greatest pianists of the day, it was met with absolute silence,” says St.Clair, “Rubenstein called it ‘pathetic,’ ‘worthless’ and ‘unplayable.’ Even with such harsh comments, Tchaikovsky vowed not to change a single note. Today, we know Tchaikovsky’s concerto as one of the most—if not the most—beloved piano concertos in the repertoire. In fact, it wasn’t ‘unplayable’ as Rubinstein first thought,” St.Clair surmises. “It is a staple concerto that all soloists play, and with great joy and anticipation.”

Indeed, in 1875, critics and soloists deemed Tchaikovsky’s First Piano Concerto technically impossible to play but now orchestras and pianists across the globe perform it. With its explosive opening chords and lyrical melodies, Tchaikovsky composed a concerto that the great American pianist Van Cliburn interpreted to win the first International Tchaikovsky Piano Competition in Moscow in 1958. Contemporary pianists continue to play this first piano concerto with bold, dramatic keystrokes that produce rippling passages of beautiful music, and Zhang is no exception.

“Haochen has the perfect musical temperament for this virtuosic work,” states St.Clair. It’s going to be an elated musical experience for everyone.”

If anyone is adept at communicating the beauties of the lyrical slow movement of Tchaikovsky’s Piano Concerto No. 1, it’s Zhang, who shines in the virtuosic passages. According to the Boston Globe, Zhang, gold medal winner of the 13th International Van Cliburn Competition in 2009, displays “poetic temperament as much as technical power… [He is] a pianist with ample reserves of power whose imagination seems nonetheless most kindled by subtle delicacy,” artistic gifts that should serve him well when he tackles Tchaikovsky’s popular piano concerto.

Since his Cliburn victory, the young Chinese pianist Zhang has been captivating audiences across the globe with his virtuosity, lyricism and magnetic stage presence. His performance of Liszt’s Concerto No. 1 at the BBC Proms with Yu Long and the China Philharmonic received rave reviews: “He made the allegretto dance with Mendelssohnian lightness and Lisztian diablerie, and played the melody of the Quasi Adagio with melting softness,” commented Ivan Hewitt of The Telegraph.

Also on the Symphony’s program is Prokofiev’s Fifth Symphony, which is considered one of the great orchestral works of the 20th century. It is a piece that Pacific Symphony last conquered at the end of the 2009-10 season, led by St.Clair, who points out that: “Tchaikovsky’s Piano Concerto premiered in Boston. And in November of 1945, Prokofiev’s Fifth Symphony got its second performance and its American premiere also in Boston.”

The composer described his Fifth as “the culminating point of my creative life. I imagine the Symphony as the expression of the grandeur of the human spirit.” Prokofiev, like many other great composers—Beethoven, Shostakovich, Sibelius—seemed to reach a musical pinnacle by his Fifth Symphony. This is a symphony composed in a single month during World War II and while Prokofiev was held up in a protected house with other famous Russian composers, including Shostakovich.

“It had been 14 years since Prokofiev had written a symphony, but this one just welled up inside him and gushed forth,” says St.Clair. “It is composed in dedication to the strength of humanity. Throughout the symphony one can hear the mechanical figures and the power of machine-like rhythms and sheer orchestral power. There are also moments of extreme tenderness and emphatic passion. It has it all!”

The Symphony’s Classical Series is made possible by the Hal and Jeanette Segerstrom Family Foundation, with additional support from The Westin South Coast Plaza, KUSC and PBS SoCal. Sunday Casual Connections receives support from KPCC. The 2016-17 Piano Soloists are sponsored by The Michelle F. Rohé Distinguished Pianist’s Fund.