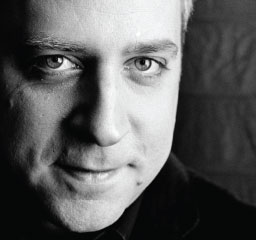 Pacific Symphony, led by Music Director Carl St.Clair, prepares to kick off the month of December and everyone’s favorite holiday season with a tribute to the charming Viennese waltz that is sure to sweep the audience off its feet! Featuring Richard Strauss’ Suite from “Der Rosenkavalier” and Johann Strauss Jr.’s “On the Beautiful Blue Danube,” the concert transports the listener back to Vienna’s golden age. During the 1800s, Vienna was the glittering cultural jewel at the heart of Europe and it was the place where Johannes Brahms spent his entire life. Performing Brahms’ First Piano Concerto is Jeremy Denk—an artist The New York Times hails as someone “you want to hear no matter what he performs.” Denk joins the Symphony for a night of high virtuosity and classic beauty.

“This program is an evening of ultra-romantic music from an operatic suite, a fiery concerto composed by a young 25-year-old Johannes Brahms, and capped off with melodies and swaying rhythms that bring the concert to its ‘Viennese’ conclusion,” says Maestro St.Clair. “If you want to leave the concert hall with beautiful melodies still swirling in your ears, this is a concert not to be missed. It will send you into the holiday season with cheer and delight.”

Winner of the Avery Fisher Prize, Musical America’s Instrumentalist of the Year award and the coveted MacArthur “Genius” Fellowship, Denk returns to the Symphony after playing a starring role in the Symphony’s “Year of the Piano” back in 2011, when he impressed Symphony patrons with his interpretation of Mozart’s Piano Concerto No. 21 under a guest conductor. Now performing Brahms’ First, Denk takes on a concerto that offers an abundance of the qualities loved in the composer’s music—nuanced, sumptuous and layered, with extended passages of serene beauty. The energetic final movement, often compared to the finale of Beethoven’s Third Piano Concerto, provides a traditionally rousing and virtuosic close.

“I’ve never had the pleasure of working with Jeremy Denk before,” says St.Clair. “This marks our first time together. Of course, I have known of him and his brilliant career for quite some time, so I am really looking forward to making music with him. Brahms’ D minor Concerto is as much like a symphony as it is a concerto in its purist sense. The interplay between soloist and orchestra and the sheer breadth of the orchestral writing gives this concerto a symphonic feeling.”

The concerto’s second movement whisks the listener to another world that is especially dreamy and poetic. No one excelled Brahms’ ability to make the piano sing with emotion, and in this case, it is a testament not only to his mastery but of his adoration for another composer’s wife, Clara Schumann. Brahms described the movement as a portrait of her. But had it not been for the advice of his friends, his first concerto might have taken another form entirely. These colleagues included the composer Robert Schumann and his wife Clara, who became the unrequited love of Brahms’ life. Fourteen years his senior, Clara was a superb pianist and a sensitive judge of Brahms’ work; in 1854, when he was 21, she wrote in her diary: “I love him like a son.”

After many twists and turns, Brahms first concerto made its way into the world in January 1859. Responses to early performances were ambivalent; after coldly received presentations in Hanover and then in Leipzig, it was enthusiastically received in Hamburg, but then receded into critical disaffection. Clara, who fully appreciated the concerto’s beauty, noted in her diary: “the public understood nothing and felt nothing, otherwise it must have shown proper respect.” Though that respect was slow in coming, it has never stopped building. Today this concerto elicits much more than just grudging respect.

The concert’s second half spotlights works by two composers of the same last name: Richard Strauss’ Suite from “Der Rosenkavalier,” packed with colorful operatic orchestration and sophistication, and Johann Strauss Jr.’s “On the Beautiful Blue Danube,” one of the most familiar and beloved waltzes in the repertoire. These two Strausses are not related. Johann and Johann II are the famous father and son who engaged in a long and bitter rivalry. In his day, the elder Johann was more famous than his son. But it was Johann Jr. who was later acknowledged as the “Waltz King” and who gave the world “Die Fledermaus,” the pinnacle of Viennese operetta. Just to keep it confusing, Richard also wrote waltz music.

“Richard and Johann Strauss were not born in the same country nor were they akin, but they both captured the elegance of the beloved waltz,” says St.Clair. “The lilt and step of the waltz conjures moments of a time gone by but also fondly reminds us of the beauty of dancing in harmony with that special partner.”

“Der Rosenkavalier,” containing delectable waltzes and passages of great beauty, became Richard Strauss’ most-loved opera. Largely based on the 1787 novel “Les Amours du Chevalier de Faublas” by Louvet de Couvray, “Der Rosenkavalier’s” musical language refers to Mozart, Johann Strauss and Verdi, yet its structure is more modern. Strauss’ earlier operas were filled with highly chromatic and dissonant music and portrayed violent, licentious action. Considered scandalous, they ironically met with great success. Begun soon after, “Der Rosenkavalier” represented a different direction for Strauss. The language in this opera is significantly more conservative and less discordant. It marked the beginning of a new phase of his career when he would write highly expressive music.

Strauss culled two of the most famous selections from the opera, “Waltz Sequences,” from the score for performance in the concert hall. The “Der Rosenkavalier Suite” revels in the splendor, opulence and charm of Vienna’s golden age and opens just as the opera does, with bellowing horns. The music that follows is delicate and rapt.

If the waltz is the essence of grace and the Strausses are the essence of the waltz, then the “Blue Danube” is one of the most dignified of all waltzes. But Johann Jr., born in 1825, found a way to bring it to a rousing finish—with emphatic tonic chords emphasized by a snappy drum roll in the snares. The sheer magic and inventiveness of Strauss Jr.’s music is what makes his work so memorable. Strauss Jr., produced a succession of lustrous waltzes like his “Blue Danube” that continue to dazzle audiences and defy imitators.

Since finding welcome ears after a disappointing premiere, “Blue Danube” never fails to make an impression on those who experience its captivating rhythms. As the tale goes, when the composer’s stepdaughter, Alice von Meyszner-Strauss, asked Johannes Brahms for an autograph, Brahms replied by scribbling the first bars of the Blue Danube along with the lament, “Alas! Not by Johannes Brahms.”

Stanley Kubrick turned to both Strausses in choosing music for his film, “2001: A Space Odyssey.” His selection of the opening passage of Richard Strauss’ “Also Sprach Zarathustra” for the monolith discovery scene catapulted that once-obscure tone poem into ubiquity. Kubrick’s use of “On the Beautiful Blue Danube” was equally monumental. As the movie’s Pan American space-plane is shown docking with a space station, the gargantuan stateliness of these two huge mechanisms dancing with each other transformed the world’s view of space technology.

The Symphony’s Classical Series is made possible by the Hal and Jeanette Segerstrom Family Foundation, with additional support from The Westin South Coast Plaza, KUSC and PBS SoCal.