Be Shaken and Stirred at Pacific Symphony’s Summer Festival with Sheena Easton and the Iconic Music of James Bond Movies, while Reliving the Adventure of Everyone’s Favorite Spy 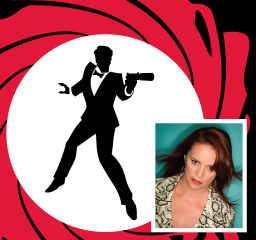 For the second to last concert of Pacific Symphony’s Summer Festival 2016 at Irvine Meadows Amphitheatre—the audience is sure to hear these words ringing in their ears: The name is Bond…James Bond. Dashing and debonair, Bond’s movie themes are instantly recognizable, evoking international intrigue, glamour and suspense. Making this concert especially memorable are vocalist Scott Coulter and two-time Grammy Award-winner Sheena Easton, featured singer on the James Bond soundtrack, “For Your Eyes Only.” With more than 20 million records worldwide, Easton joins the Symphony to seduce the audience into the world of “Goldfinger,” “The Spy Who Loved Me,” “A View to a Kill,” “Skyfall” and more. The concert also includes “Diamonds are Forever,” “For Your Eyes Only” and “spy” songs from “Mission Impossible,” “Austin Powers,” “Dick Tracy,” “Pink Panther” and “Charlie’s Angels.” And that’s just a sampling!

“The Spy Who Loved Me” takes place Sunday, Aug. 21, at 7:30 p.m., at Irvine Meadows Amphitheatre, and is led by Symphony favorite, guest conductor Albert-George Schram, who led the orchestra twice during the 2015-16 Pops series. Gates open at 5:30 p.m. and guests are invited to come early to admire a display of the cool cars evoking British Secret Service Agent 007, provided by sponsor Jaguar Land Rover Aston Martin Newport Beach. Tickets are $25-$108. The award-winning caterer 24 carrots is on site to serve up a new menu of delicious gourmet options for pre-concert dining. For more information or to purchase tickets, call (714) 755-5799 or visit www.PacificSymphony.org.

“I’ve had the joy of working with Sheena before!” says guest conductor Schram, who is also an old pro at conducting the Bond program. “She is an elegant, classy and gifted singer, who exudes a warm charm from the stage. The great iconic songs associated with the James Bond film series could not ask for a more empathetic interpreter. She surrounds herself with first-rate artists and very effective, well-written orchestral charts for Pacific Symphony, which make these classic songs soar with renewed arc and ambiance. This concert will be a real treat! Great songs, wonderful singing and a magnificent orchestra!”

The movies have always loved spies, and Bond—above all others—was born for the silver screen. Full of devil-may-care machismo, good looks and endless charm, Bond is effortlessly sexy and seemingly indestructible. Everything about him is cinematic—from his impeccable suits to his ultra-cool lifestyle, with its very dry, shaken-not-stirred martinis. This perfect spy came along at a time when the movie audience was rabid for escapist entertainment with outlandish plots, big explosions and gorgeous women. They wanted a man of action who could seduce those women, kill the bad guys and allay the fears of the audience. They wanted Bond. James Bond. And they wanted him set to music.

If music has the power to whisk a listener off to a far-away place, a Bond song sends the audience roaring off in a slick, fast Aston Martin into a gleaming fantasy of romance and adventure. Bond’s world—packed with action and women (both allies and enemies), copious alcohol, ingenious gadgets and bizarre, ruthlessly evil bad guys—is escapist entertainment at its best. But how do you put THAT to music?

The James Bond film franchise demanded an iconic hit song to accompany each film from the very start, beginning with “Dr. No” (1962), followed by “From Russia with Love” (1963), “Goldfinger (1964), “Thunderball” (1965) and “You Only Live Twice” (1967)…and that’s only the first few! In all, there have been 26 movies in 53 years starring several different actors—each accompanied by a memorable theme. The musical impact of a Bond song is expected to match the movie’s spectacular action. A vivid image of Bond’s world must come instantly to mind with the first few notes. They need to contain emotional intensity, dramatic phrases that build to full climaxes and suggestive lyrics that illustrate all of Bond’s abilities as a secret agent and a lover. They need to be loud, emotional and contain unforgettable lyrics.

They also demand an outstanding singer with a signature voice who can knock out such gripping music. The biggest stars of the day have been tapped for what have been iconic pop interpretations: Shirley Bassey's “Goldfinger,” Tom Jones’ “Thunderball,” Nancy Sinatra’s “You Only Live Twice” and “Live and Let Die” by Paul McCartney and Wings, “Tomorrow Never Dies” by Sheryl Crow, “Skyfall” by Adele, to name a few. From Herb Alpert and the Tijuana Brass to Louis Armstrong, Duran Duran, Gladys Knight, Madonna, Jack White and Alicia Keys to Sam Smith—the names have been as big as the voice.

When Carly Simon belted out “Nobody Does It Better” with her one-of-a-kind smoky voice, she immortalized, “Baby, you’re the best.” But, frankly, nobody does a Bond song better than Sheena Easton, whose rendition of “For Your Eyes Only” accomplished the impossible: Simultaneously big and intimate, it infuses a standard phrase with smoldering double meaning.

Still going strong today, the James Bond film franchise is by far the most durable in the history of the movies. It began more than half a century ago, yet Bond himself doesn’t look a day older. Unflappably suave, he shows no signs of slowing down. And great singers are still lining up to warble about him.

The Symphony relives the thrills and chills of Bond movies with music sung by Easton, whose career has spanned four decades. Born in Bellshill, Scotland, Easton’s recording career has included Gold and Platinum albums in the United States, Europe and Asia. She was the first and only artist to have top five records on five major Billboard charts. In addition to her recording success, she is a top concert attraction around the world, and on Broadway, Easton starred as Aldonza/Dulcinea in “Man of La Mancha” and as Rizzo in the musical “Grease.” She also makes frequent appearances in Las Vegas, and has been inducted into the Las Vegas Hall of Fame.

Coulter is one of New York’s most honored vocalists. For his work in cabaret, he has received five MAC Awards (Manhattan Association of Cabarets and Clubs), five Bistro Awards and two Nightlife Awards for Outstanding Vocalist and has performed at most of NYC’s top rooms including Birdland, 54 Below, The Oak Room at the Algonquin and Feinstein’s at The Regency. Coulter regularly performs in concert both as a solo artist and with a variety of legendary performers, and he has performed with symphonies all over the world.