Pacific Symphony and Avocational Musicians Make “Play Date” For Seventh “OC Can You Play With Us?” Rehearsal/Performance on Concert Stage, Led By Music Director Carl St.Clair 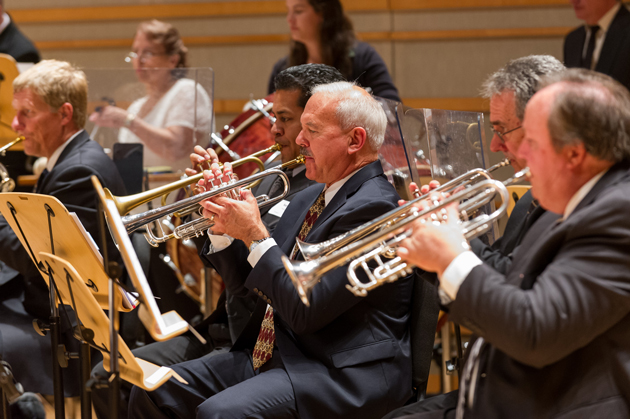 “Yes, we can!” That has been the emphatic response from the Orange County community for the last seven years, when asked by Pacific Symphony: “OC Can You Play With Us?” What began as a one-time endeavor in 2011 to expose the avocational musicians to professional music education and performance has continued to grow in size and spirit with each passing year. More than 230 people have participated in the side-by-side program since its beginning. The simple invitation to play onstage alongside the Symphony’s orchestra members was met with such enthusiasm over the years that, in 2014, a chamber music edition was added. Like its predecessor, the chamber edition was an instant success, and now both programs have become highly anticipated annual events. With about 100 participants in total this year, “OC Can You Play With Us?” continues to encourage, inspire and make dreams come true!

What makes “OC Can You Play With Us” particularly special is that Music Director Carl St.Clair is behind the baton. Avocational musicians not only have the chance to interact and learn from the accomplished maestro but also from the Symphony’s professional musicians. Chosen on a first-come, first-served basis with no audition required, this year’s participants will be playing a selection from Richard Strauss’ “Der Rosenkavlier,” packed with colorful operatic orchestration and sophistication. Filling the stage to capacity alongside their orchestra counterparts, the participants begin their experience with some valuable rehearsal time led by Assistant Conductor Roger Kalia and Pacific Symphony musicians, fine-tuning their individual parts and hearing how they play together with the orchestra.

The final program will be performed on Monday, May 8, at 7 p.m., onstage at the Renée and Henry Segerstrom Concert Hall. Friends, fans and interested observers are invited to attend this workshop-style event. Free and open to the public, seating is general admission but tickets are required and can be reserved through the box office at (714) 755-5799 or obtained at the door. For more information, visit www.PacificSymphony.org.

“We love this program because it allows Pacific Symphony the opportunity to connect with Orange County’s dynamic community of musicians, and vice versa,” says the Symphony’s Community Arts Participation Manager Kelli Rust. “It’s so rewarding to work with all these people from our community who stay involved and invested in music purely because they love it. Everyone at Pacific Symphony always has such a great time getting to interact and work with them, and the relationships that form over a passion for music are the greatest reasons this program continues to prevail!” 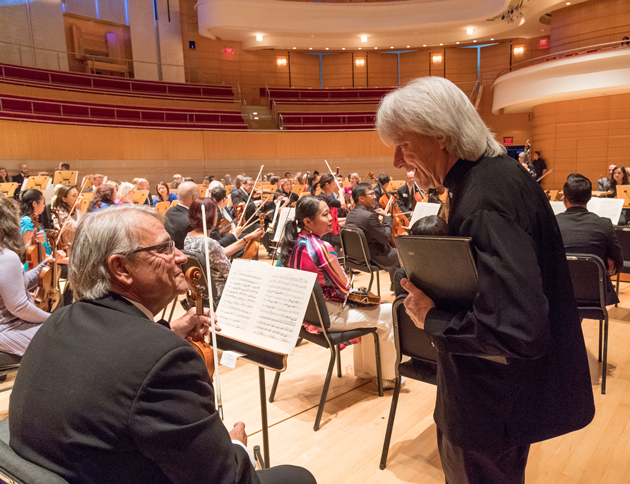 The excitement began earlier in the season when “OC Can You Play With Us” was first announced, and avocational musicians ages 22 and older from across and beyond Orange County hurried to sign up for a spot to play alongside the orchestra. Each year, the Symphony receives more applications than there are seats in the full orchestra side-by-side program—but for those lucky enough to secure a place, so begins a unique and valuable educational opportunity. It’s a chance to see the maestro and a wide variety of musicians at work, as well as engage and learn from some of the best. The final performance is similar to an open rehearsal, where the audience is able to observe the artistic interpretation of Maestro St.Clair and hear the music take shape in the hands of the musicians.

Last year’s participant Donald Hu explains the significance the experience had on his playing: “With the performance date as the deadline in mind and the excitement to play together with a great orchestra under such a great conductor, it really motivated me to start my practicing seriously again after so many years. The whole experience jump started my confidence and desire of playing the violin again. Overall I had great time and I am really glad I did it and am looking forward to the next one!”

The work the musicians will be tackling in May—excerpts from Strauss’ “Der Rosenkavalier”—contains delectable waltzes and passages of great beauty that became Richard Strauss’ most-loved opera. Largely based on the 1787 novel “Les Amours du Chevalier de Faublas” by Louvet de Couvray, “Der Rosenkavalier’s” musical language refers to Mozart, Johann Strauss and Verdi, yet its structure is more modern. “Der Rosenkavalier” marked the beginning of a new phase of Strauss’ career when he would write highly expressive music. Strauss culled two of the most famous selections from the opera, “Waltz Sequences,” from the score for performance in the concert hall. The “Der Rosenkavalier Suite” revels in the splendor, opulence and charm of Vienna’s golden age and opens just as the opera does, with bellowing horns. The music that follows is delicate and rapt—and one the audience and all the musicians are sure to enjoy.

“OC Can You Play with Us?” is made possible with the support of the James Irvine Foundation and Segerstrom Center for the Arts.