Pacific Symphony Pops Celebrates Valentine’s Day Weekend with the Incomparable Michael Bolton for a Night of the Iconic Singer’s Many Unforgettable Romantic Hits! 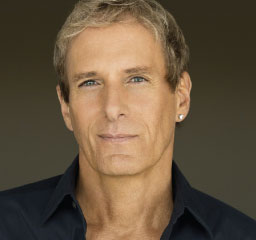 Get ready for a wonderfully romantic and memorable evening when Pacific Symphony Pops welcomes the iconic, multi-Grammy-Award winning singer/songwriter—Michael Bolton—for a special Valentine’s Day weekend celebration! Known for his signature raspy voice and poignant lyrics, Bolton makes his debut performance with the Symphony, featuring a night of blockbuster hits, soulful classics and favorite pop songs, including “How Am I Supposed to Live Without You,” “When a Man Loves a Woman,” “How Can We Be Lovers,” “That’s What Love is All About,” “Time, Love and Tenderness,” “Stand By Me” and many more! Bolton, who has always balanced a love for writing new songs with a passion for covering the classics, has sold more than 53 million albums and singles worldwide.

Led by the dynamic guest conductor Stuart Chafetz, this Pops concert takes place the weekend before Valentine’s Day, Friday-Saturday, Feb. 10-11, at 8 p.m., in the Renée and Henry Segerstrom Concert Hall. Tickets are $45-$177 ($205 Box Circle). For more information or to purchase tickets call (714) 755-5799 or visit www.PacificSymphony.org.

In 2014, The Reviews Hub in London wrote: “With Grammy Awards coming out of his ears, nine number-one hits and over 53 million records sold—Michael Bolton, a little over 60, has no difficulty in getting the women and yes, quite a lot of men, screaming and shouting as he takes to the stage to perform in this tour... This concert was an extremely exciting, exhilarating and heart-warming evening—one cannot recommend it enough. It has many excellent moments that help you to forget the outside world for a few short hours.”

Bolton, who has enjoyed a view from the top of music entertainment for several decades, has been recognized for his many artistic achievements with two Grammys for Best Pop Male Vocal Performance (nominated four times), six American Music Awards and a star on the Hollywood Walk of Fame. As a songwriter, he has earned over 24 BMI and ASCAP Awards, including Songwriter of the Year, nine Million-Air awards and the Hitmakers Award from the Songwriters Hall of Fame.

On his breakthrough album “The Hunger,” Bolton authored the number-one hit single “That’s What Love is All About” and sang his chart-topping version of Otis Redding’s “Sittin’ On the Dock of the Bay.” That album was certified double Platinum with four million copies shipping worldwide. The accomplishments just continued. To date, Bolton has eight studio albums ranked in the top 10, with nine number-one chart-topping singles. But his biggest success came with the album “Soul Provider,” which sold more than 12.5 million copies and showcased several chart-toppers including the number-one hit single, “How Am I Supposed to Live Without You,” which earned him his first Grammy. This album also includes the hit singles “When I’m Back on My Feet Again,” “How Can We Be Lovers,” “Soul Provider” and the Grammy-nominated “Georgia on My Mind.”

“I never dared to dream of a life as big as mine has become,” says Bolton. “I’ve made many mistakes and done things—and not done things—I’m truly sorry for; but I have also experienced countless, cherished moments of joy, love and laughter, and I have no regrets for putting my heart and soul into a career of music, one of the greatest gifts we all can share.”

Soon after “Soul Provider,” Bolton released the number-one album “Time, Love and Tenderness,” which sold over 16 million copies, and features his Grammy Award-winning performance of the number-one blockbuster, “When a Man Loves a Woman.” This album also produced the hit singles:  “Love Is a Wonderful Thing” and “Missing You Now,” as well as “Steel Bars,” co-written with Bob Dylan. He followed this with a collection of classics on the album “Timeless,” delivering the hit singles “To Love Some Somebody” and “Reach Out I’ll Be There.” The album sold over seven million copies worldwide. His next album, “The One Thing,” included “Said I Loved You…But I Lied,” which spent 12 weeks at number one on the AC charts and earned him another Grammy nomination.

Today, Bolton continues to tour the world while writing, recording and taping for a wide array of projects spanning music, film, television and theater. He also remains committed to humanitarian causes, especially through Michael Bolton Charities, as well as other social and political organizations. His timeless style, charm and good looks have also earned him a spot in several People Magazine’s “Sexiest Man” issues, including 2012’s “Sexiest Man Alive.” He became a viral sensation after being featured in The Lonely Island’s popular “Captain Jack Sparrow” video that launched on “Saturday Night Live” (performed live on the Emmys). The Emmy-nominated video racked up more than 150 million views on YouTube; it was the third most viewed video of 2011.

Bolton has recorded and performed with countless musical icons. He joined Luciano Pavarotti on stage for “Vesti la giubba,” and pays homage to the Italian tenor when performing “Nessun Dorma” on tour. He has sung with Placido Domingo, Jose Carreras and René Fleming and played guitar with BB King. He was invited to sing ”Georgia on my Mind” to Ray Charles at the International Jazz Hall of Fame Awards in 1997, and he has performed duets with both Seal and Lara Fabian for a 2011 “David Foster and Friends” PBS special.

A diverse and prolific songwriter, Bolton has collaborated with some of the greatest songwriters and producers of our time: Lady Gaga, Diane Warren, Desmond Child, David Foster, Walter Afanasieff, Kenneth “Babyface” Edmonds, John “Mutt” Lange, Dann Huff, A.R. Rahman, Phil Ramone, Ne Yo, Bob Dylan and Billy Mann, among others. He has penned songs that have been recorded and performed by over 100 artists, ranging from country legend Conway Twitty to hip hop artist Kanye West, featuring Jay Z and John Legend. Other artists include Mark Anthony, Wynonna Judd, Joe Cocker, Peabo Bryson, Kenny Rogers and Patti LaBelle. He wrote No. 1 hit singles for Laura Branigan (“How Am I Supposed to Live Without You”), KISS (“Forever”), Barbra Streisand (“We’re Not Making Love Anymore”), Cher (“I Found Someone”) and Kenny G (“By the Time this Night is Over”). And he and his songs have been featured in numerous television and film soundtracks.