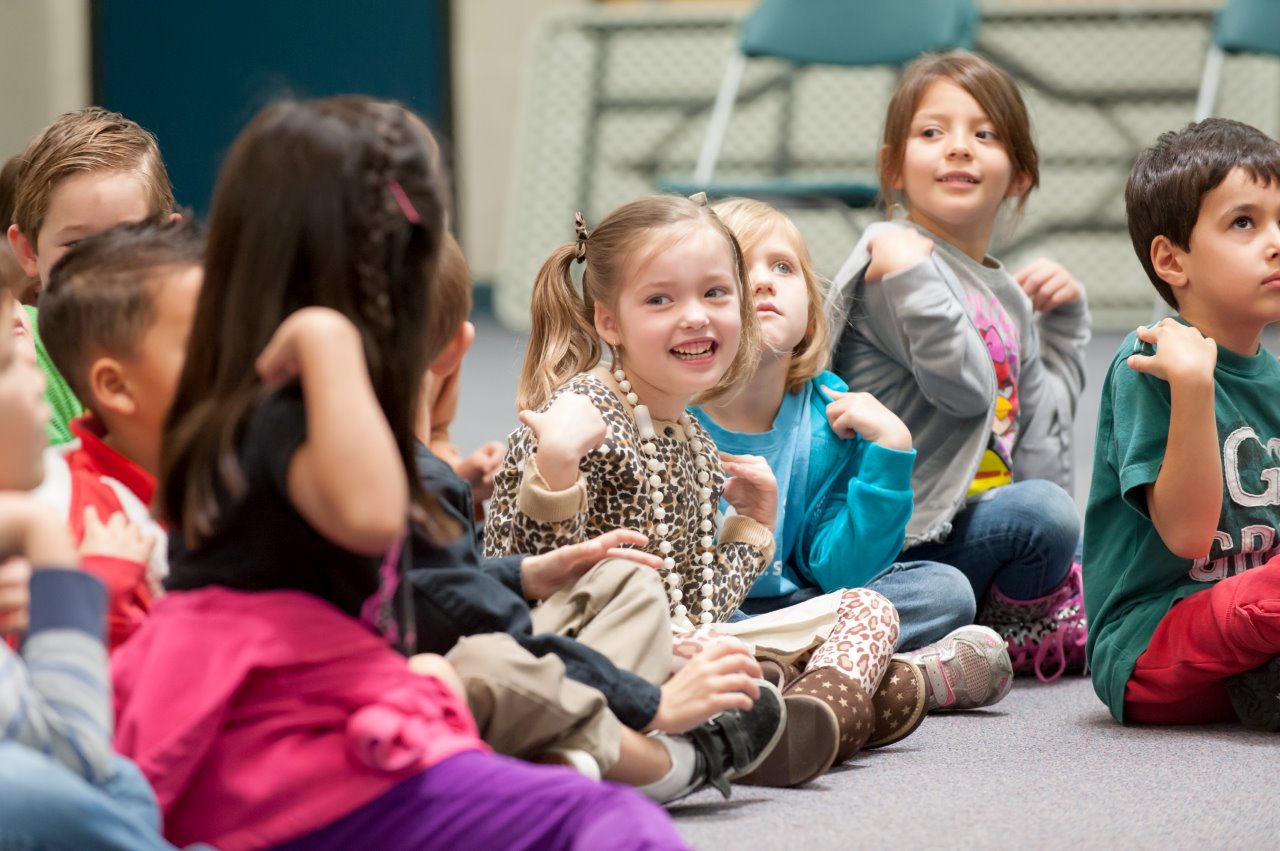 Pacific Symphony’s annual Class Act Welcome Lunch recently took place, followed by the first Prelude Assembly of the 2016-17 season—marking another beginning for one of the organization’s oldest partnership programs. It has now been 22 years since the Symphony first joined forces with Orange County schools and parents to create the Frieda Belinfante Class Act program in an effort to bring quality music education to elementary school children. At the heart of the program are Pacific Symphony musicians, who take on the role of teaching artists and provide personal connections with students. During Class Act, children learn basics of music such as tempo, rhythm and melody, along with classical music appreciation, beginning in the fall and culminating in late spring with Youth Concerts and Bravo Assemblies.

“The Welcome Lunch is a chance for all members of Class Act to meet and connect over past Class Act experiences and share,” explains Jonathan Terry, the Symphony’s director of education. “It features speakers involved in the program, including many with dual roles as both Pacific Symphony administrators and Class Act parents. It’s a great way to kick off the year and can help connect Class Act team members in similar roles at different schools as a network of resources.”

Each year, Class Act reaches more than 17,000 students, creating bonds between the schools and the Symphony, as well as within the individual schools. Through a featured composer’s music and a specific theme—this season, “Magical Journeys through Mozart” (although other composers are included)—Class Act teaches children the joy of music. With classes beginning between fall and January for each school, activities launch with Prelude Assemblies for entire student bodies, hosted by a professional actor who introduces students to their musician and the year’s theme and composer. Classroom lessons follow, presented to each grade level and taught by Symphony musicians focusing on the theme and featured composer, as well as providing details about the musician’s instrument and career. Family Night ensemble performances are then presented at each school by a Symphony quintet, led by the school’s musician and featuring his/her instrument.

“Each musician brings their own unique experiences and passion for music education directly to the students through their lessons, performances and concert experiences,” says Terry.

Teaching musicians are given a great deal of freedom in writing their lessons and are encouraged to take creative approaches, while tapping individual musical interests and strengths. Drawing its strength not only from Symphony musicians, but also parent volunteers, classroom and music teachers, principals and district leadership, Class Act allows the Symphony to connect with the community in a unique and powerful way—creating memorable and impactful musical experiences shared between the youngest students and the musicians.

This year, three new schools have been added to the 2016-17 roster: Hermosa Drive, Thorman Elementary and Red Hill Lutheran. “Loara Elementary was a previous Class Act school and is returning this year as well. Hermosa Drive joins as our first school in Fullerton,” says Terry. “For this school year, Class Act will serve students at 32 schools across Orange County. From Los Alamitos to Aliso Viejo, Fullerton to Newport Coast, we are proud to reach 17 cities in total. The application process to be a Class Act school continues to be competitive with a majority of program costs underwritten by a number of funders.”

The Symphony’s Music Director Carl St.Clair, Assistant Conductor Roger Kalia and the Class Act curriculum team work together to choose the theme and composer of the year. The theme allows students to explore the works of noteworthy composers, and at the same time educates them about the evolution of symphonic music. This year, the theme “Magical Journeys” probes the genius of Mozart from his early childhood compositions through adulthood and the places to which his music is able to transport the listener.

“Mozart is able to take us to an imaginary world of royalty, bird catchers and a magic flute through his music,” remarks Terry. “In similar ways, composers such as Grieg, Rimsky-Korsakov and Dvořák take listeners on fantastical journeys.”

Musical concepts learned during the year come together during the Youth Concerts (eight free interactive performances presented each year by the full orchestra in the Renée and Henry Segerstrom Concert Hall), designed for students in grades two and higher. Youth Concerts allow students to see and hear their musician perform within an orchestra and also tie all of the featured composers together. Students gain a greater understanding of what makes these pieces similar and different, while discussing the different periods of music history and how the orchestra has developed over time.

With two concerts a day taking place over four days in May, 1,800 students attend each concert, bringing the total number of students to approximately 13,000. With that many children in attendance, 80-100 volunteers are needed each day. This season, Class Act includes 32 schools, with three to five Class Act schools attending per day. The program then concludes its season with a Bravo Assembly, where students have the chance to show off all they have learned in formats of their choosing: dance, music, theater, writing or visual art presentations.

Class Act is presented for a minimal charge to participating schools in 19 cities countywide and has been recognized by the League of American Orchestras and National Endowment for the Arts as one of the nine most exemplary music education programs in the United States.