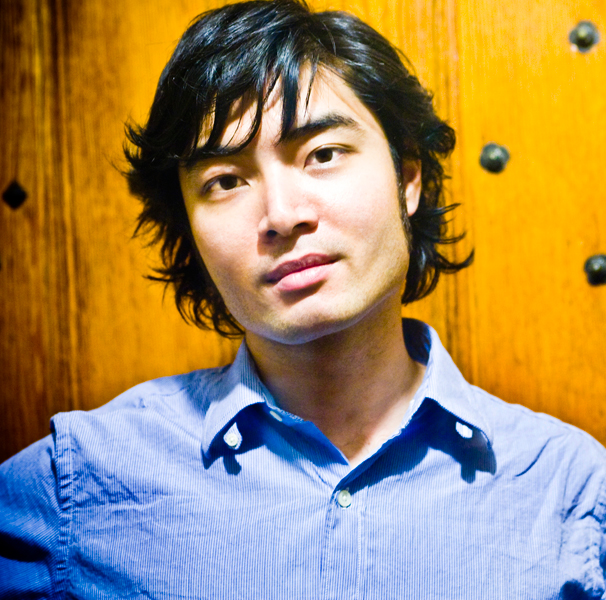 “To say that Ang grabbed both horns of the bull, like a young Leonard Bernstein in 1943 …would be an understatement, and the chorus of bravos that greeted the magnificent performance was well earned. A star is born.”—The Straits Times (Singapore)

The concert takes place Thursday through Saturday, March 23-25, at 8 p.m., in the Renée and Henry Segerstrom Concert Hall. Image magnification on the big screen throughout the evening offers a closer look at Zuo’s intricate handwork, Ang’s skill on the podium, and the Symphony musicians in all their glory. A preview talk with Alan Chapman begins at 7 p.m. Tickets are $25-$125 (Box Circle, $195).

Also, a Piano Masterclass led by Zuo takes place Wednesday, March 22, 7-9 p.m., in the Samueli Theater. Essentially an advanced piano lesson shared with an audience, this multigenerational masterclass offers a high school student, a college student and an adult pianist the opportunity to refine and develop their musicianship by working with a master teacher. Tickets are $10 and advanced ticket reservation is encouraged. For more information or to purchase tickets to the concert and/or masterclass, call (714) 755-5799 or visit www.PacificSymphony.org.

Described as “full of enthusiasm and glamour, radiating the vigor of youth” by Chinese Gramophone, young impresario Zuo’s interpretations and communicative abilities have been praised by Belgischer Rundfunk as “taking us to another reality…bright, expressive and moving to the extreme.” 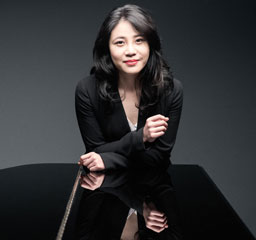 For Pacific Symphony’s concert, Zuo performs Beethoven’s Third Piano Concerto, a work that sent the composer veering off onto a new path in concerto writing. The music has an unusual depth of emotion and drama. This was Beethoven’s first piano concerto in a minor key (C minor), and it shifts direction from its predecessors in that there is less attention to formal elegance and decorative ornamentation of line, and more emphasis on sheer expressiveness. The interaction between soloist and orchestra is also more intricate than in previous concertos, the dynamics have more contrast and the emotions are more turbulent. The overall impression is deeply passionate.

Musicologist and Beethoven specialist Hans-Werner Küthen considered No. 3 to be Beethoven’s “breakout” concerto. He described it as a gateway between the Classical concerto tradition and the revolution that began with Beethoven’s fourth and fifth concertos, which continued into the Romantic era. Beethoven considered the piece the best of his first three piano concertos—an opinion still held today. But the refinement and mastery observed in performances of this concerto now contrast markedly with its premiere in April 1803—a marathon concert of Beethoven works at Vienna’s Theater an der Wien.

The premiere marked Beethoven’s first public failure as performer and composer. No doubt anxious over its departure from his earlier concertos, he continued to work on the piece up until the last minute, and there was only one rehearsal. As a result, the music was not well received and his playing of the solo part was criticized. Beethoven’s page-turner, Ignaz von Seyfried observed: “I saw almost nothing but empty leaves; at the most on one page or the other a few Egyptian hieroglyphs wholly unintelligible to me, scribbled down to serve as clues to him. He gave me a secret glance whenever he was at the end of one of the invisible passages, and my scarcely concealable anxiety not to miss the decisive moment amused him greatly.”

But with this concerto Beethoven had begun to explore a new kind of thinking about the concerto form, expanding its scope and magnitude. Küthen concluded “…in [the Third Concerto] Op. 37 a first perfection of the genre is reached, which was the object of the greatest emulation in the 19th century.”

As for Elgar’s “Enigma Variations,” the composer was just 40 when he wrote what became his most famous orchestral work comprising 14 variations on an original (and mysterious) theme. The story behind the work is that Elgar, returning home from giving violin lessons, sat down at the piano and began improvising. His wife remarked on the tune and Elgar responded by suggesting how certain friends of theirs might play it. Out of that minor exchange grew the idea of the “Enigma Variations,” the work that finally secured Elgar’s reputation as a great composer of international standing. It remains one of the most popular works in the classical repertoire.

There are two enigmas underlying the variations. The more easily solved is the identity of each of the friends portrayed within the music. But the 13th variation caused speculation that Elgar’s use of asterisks rather than initials or a pet name may hide the true identity of the subject (possibly an old flame of Elgar’s). But Elgar himself encouraged speculation over a second musical enigma, a popular tune, which does not appear in the variations but of which the theme is the counterpoint. It is altogether possible that this was just a joke played by Elgar and that the tune does not exist. The composer went to his grave refusing to disclose the theme or confirming if it was really a melody at all.

Rounding out the Symphony’s program is a work by Chinese composer Huang Ruo, “Folk Songs for Orchestra.” Ruo has been lauded by The New Yorker as “one of the world’s leading young composers” and by The New York Times for having “a distinctive style.” His vibrant and inventive musical voice draws equal inspiration from Chinese ancient and folk music, Western avant-garde, experimental, noise, natural and processed sound, rock and jazz. As a member of the new generation of Chinese composers, Ruo’s goal is not to just mix both Western and Eastern elements, but also to create a seamless, organic integration. But if the sound is new, the spirit in Huang’s “Folk Song Suite” is also ancient and universal, demonstrating a sense of narrative that has inhered in songs from every culture and time.

Pianist Zuo began her musical training in Germany at age 5. Upon returning to her native China, she became one of the most sought-after young artists in the nation, collaborating with leading Chinese orchestras. Having completed her piano studies at the Shenzhen Arts School, Zuo was invited to continue her artistic development at the Eastman School of Music and at The Juilliard School, where she won the coveted Petschek Piano Award. She has also received first-prize at China’s First International Piano Concerto Competition, the Gina Bachauer International Artists Piano Competition in America and the Krainev International Piano Competition in Ukraine; plus, was a prizewinner at the 2013 Queen Elizabeth Competition. She performs internationally.

Ang’s triumph at the 50th Besançon International Young Conductor’s Competition, where he took all three top awards—Grand Prize, Audience Prize and Orchestra Prize—launched his international career, leading to the music directorship of the Orchestre Symphonique de Bretagne and guest conducting engagements around the globe. Three years later, Ang was selected to join the prestigious International Conductors’ Academy of the Allianz Cultural Foundation and was invited to take on residencies with the London Philharmonic Orchestra and the Philharmonia Orchestra. Ang became the youngest associate conductor of the Singapore Symphony Orchestra and served as the music director of the Singapore National Youth Orchestra. In 2010, he led the World Youth Olympic Games Orchestra in an internationally televised opening ceremony of the World Youth Olympic Games in Singapore.

Pacific Symphony’s Classical Series is made possible by the Hal and Jeanette Segerstrom Family Foundation, and receives additional support from The Westin South Coast Plaza, KUSC and PBS SoCal.