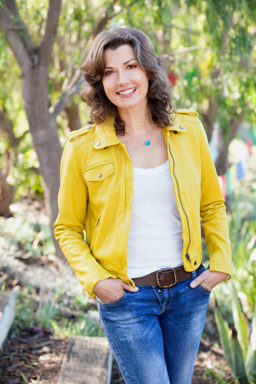 Pacific Symphony’s Pops season undergoes a mighty launch with a stupendous opening night featuring six-time Grammy Award winner Amy Grant. This American-music icon has enjoyed a career spanning more than 30 years, stretching from her roots in gospel music to leading pop star, songwriter, television personality and philanthropist. Known as “America’s Sweetheart” and admired for her crossover music—from contemporary Christian to mainstream—Grant has produced numerous hits such as “Baby Baby,” “Every Heartbeat,” “That’s What Love is For,” “I Will Remember You,” “Lead Me On,” “El Shaddai” and more. She now brings her soothing voice, engaging personality and talent for erasing the lines between genres to the Symphony for a perfect night out that includes an exciting mix of music from her latest musical endeavors to her greatest hits.

Led by Principal Pops Conductor Richard Kaufman, Pops opening weekend opens with a first half dedicated to music by the incomparable Henry Mancini, including some of his greatest hits, “Pink Panther,” “Charade,” “Moon River” and “Peter Gunn.” The concert takes place on Oct. 14-15, at 8 p.m., in the Renée and Henry Segerstrom Concert Hall. Tickets are $35-$167, ($195 Box Circle). For more information or to purchase tickets call (714) 755-5799 or visit www.PacificSymphony.org.

“Amy Grant is not only a terrific singer, but she also brings a special spirit to the stage that makes the audience feel right at home,” says Maestro Kaufman. “Her talents are known around the world, but she is one of the most humble and welcoming people who ever stood on a stage. Amy’s style is part of the American musical ‘fabric.’ The Christmas shows we did together a couple of years ago were such a treat and truly memorable—we’re so glad she’s back! She is the perfect person to take center stage on our opening Pops weekend.”

Grant last left Orange County audiences wanting more in December 2013, when she made her debut performance with Pacific Symphony and wowed all with her warm, uplifting holiday concert. Her artistry has resonated with audiences since she first hit the national spotlight a few decades ago as a fresh-faced teen with a guitar. She became the first artist in Christian music to have a platinum record and went on to become a crossover sensation. To date, Grant has earned three multi-platinum albums, six additional platinum albums and four gold albums. She has scored 10 Top 40 pop singles and 17 Top 40 adult contemporary tracks, as well as a string of contemporary Christian chart-toppers. She’s received six Grammy Awards, numerous Dove Awards and has had a star on the Hollywood Walk of Fame since 2006.

According to the singer herself, she has built her long, successful career on music that “matters.” Ever since she burst on the scene to bring contemporary Christian music to the forefront of American culture, the Nashville native gained a reputation for creating potent songs that examine life’s complexities with an open heart and keen eye, allowing her musical gifts that transcend genre boundaries to make her a household name.

Embracing both the triumphs and challenges of her life, Grant has distilled them to their essence and poured the lessons learned into songs, which ache with honesty and reverberate with gentle wisdom. The songs she’s written, especially in latter years, represent a season of growth for her, yet as personal as they are, they are also universal—examining and reflecting on love, loss, death and the passing of time. Some of her more recent tunes deliver a sense of anticipation and optimism, while others lean into life’s most challenging moments.

“At some point in life you realize that some things really matter and some things don’t,” Grant says. “Living matters. Celebrating life matters. Seeing the value in hard times matters; relationships and people matter; faith matters. I feel like that’s where my head has been… I feel this is a very positive…life affirming. Life prepares us for the journey. You don’t know what’s ahead and that is one of the great things about getting older in a framework of faith. Faith is the one thing that stands the test of time.” And it’s all something she puts to music incredibly well.

While Grant performs on the second half of the Symphony’s program, the concert opens with a tribute to Henry Mancini, one of the most successful composer-arranger-conductors of our time. In a career that spanned 40 years, writing for film and television, Mancini received 72 Grammy nominations and 13 Oscar nominations, and he won 20 Grammy Awards and three Academy Awards—the all-time record for a pop artist. For the 1961 movie, “Breakfast at Tiffany’s,” alone, Mancini won five Grammys and two Oscars.

“Our first half will shine the spotlight on a musical legend—Henry Mancini—who is considered an American musical treasure,” says Kaufman. “This opening concert of our Pops season has always been a special time to feature the magnificent talents of our Pacific Symphony musicians,” he adds. “The music of Mancini provides the perfect opportunity for our audience to hear these superb artists as they bring such beloved music to life. Each Pops weekend is truly a celebration, and I look forward to sharing the excitement with our fantastic Pops audiences!”