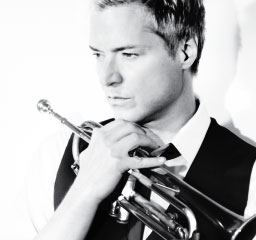 The world’s most popular trumpeter—Chris Botti—returns to Pacific Symphony for a concert overflowing with his astute mastery, as he effortlessly crosses the boundaries of jazz, classical, rock and pop. With polished charm and mesmerizing trumpeting skills, the talented musician/composer takes well-known pop ballads and transforms them into a soulful mix of grace, warmth and beautiful tones. Returning by popular demand for an all-new show, Botti makes his fourth Pacific Symphony appearance for a night of heart-melting, expressive music, backed by the lush sounds of the orchestra. Officially the best-selling instrumental artist in America, Botti performs worldwide, has received multiple Gold, Platinum and Grammy Awards and sold more than four million copies of his albums, including his latest Grammy-winning “Impressions.”

“Chris Botti has a trumpet sound that suggests the softer side of luminosity, the realm of sunsets and half-moons and low-wattage incandescence. Mellow and pearly, it emits an unabashed beauty of the sort that you could carefully build a career around—as Mr. Botti has, with extravagant success.” — The New York Times

Led by guest conductor Albert-George Schram, the orchestra is joined by the charismatic trumpeter on Friday and Saturday, May 13-14, at 8 p.m., in the Renée and Henry Segerstrom Concert Hall. Tickets are $40-165 (and are selling fast). For more information or to purchase tickets call (714) 755-5799 or visit www.PacificSymphony.org.

“I am a great Chris Botti fan!” enthuses Maestro Schram. “We’ve done many concerts together. A few years ago he asked me to go to Uzbekistan with him, so we did a few concerts in Tashkent. I love his muse, his class and, of course, the incredible way in which he plays his trumpet. He also is a very nice man.”

Schram adds: “And I’m grateful to be back with Pacific Symphony, great musicians and lovely people, and even more so because the audience always puts a smile on my face! They are so appreciative!”

Following on the heels of sold-out shows with Pacific Symphony in 2012, 2010 and 2006, Botti—well known for having been the former trumpeter for Sting—returns to perform songs from his most recent album, “Impressions,” as well as music from his chart-topping jazz albums, “Italia,” “Chris Botti in Boston” and “When I Fall in Love,” among others. For this program, Botti brings with him vocalists Sy Smith and George Komsky and a five-piece band full of jazz and pop talent, including Ben Butler, guitar; Caroline Campbell, violin; Richie Goods, bass; Geoffrey Keezer, piano; and Lee Pearson, drums. The concert also features the orchestra performing Frank Proto’s “American Overture.”

“When Chris does concerts with symphony orchestras, his music and his wonderful arrangements allow the orchestra to become beautifully integrated,” continues Schram. “Therefore I always ask Chris if he will do the whole concert together with the orchestra. Besides, he has such a large varied repertoire, that we don’t want to deny our audiences the joy of all of this beauty and excitement!”

Inspired at age 9 by a recording of trumpeter Miles Davis playing “My Funny Valentine,” Botti dedicated his life to the instrument. Now considered an important, innovative figure in contemporary music, as well as an extraordinary and creative musician, Botti takes the jazz idiom and brings well-known songs to life in a new and special way. His amazing trumpet virtuosity, combined with a symphony orchestra, is a unique and inspiring experience for both the audience and the musicians of the orchestra.

“His program, a warm love letter to his fans, unfolded as effortlessly as the flourishes he played on his horn. It was clear, as he trilled up and down the scale, that he could do just about anything with a trumpet.” — Cincinnati News

In addition to performing with some of the finest symphony orchestras, Botti has a history of performing and recording with some of the biggest names in the business, including Barbra Streisand, Josh Groban, Tony Bennett, Lady Gaga, Yo-Yo Ma, Michael Bublé, Paul Simon, Joni Mitchell, Andrea Bocelli, Joshua Bell, Steven Tyler and Frank Sinatra. He has also performed at the World Series and Nobel Peace Prize Ceremony. Aside from his talent as a musician, People magazine also voted Botti one of the 50 Most Beautiful People in 2004.

“Saturday night’s concert by Grammy-winning trumpeter Chris Botti was eclectic, entertaining and downright electrifying… A mesmerizing trumpet player, Botti is also a storyteller who thrives on audience interaction. Arguably one of the top jazz trumpeters in America today, Botti surrounds himself with some of the best musicians in the music industry... Snazzily dressed, on time, and in the groove, Chris Botti’s band continues to share an infectious joy in making music together…” ­— DC Metro Arts

This concert is generously sponsored by Rick and Nancy Muth (May 13) and Susan and Sam Anderson (May 14). The Symphony’s Pops series receives additional support from The Avenue of the Arts Hotel, K-Earth 101 and PBS SoCal.