Pacific Symphony, led by Music Director Carl St.Clair, makes its Carnegie Hall debut in the concluding program of the venue’s season-long celebration of the music of Philip Glass. The program explores the influence of Ravi Shankar and Indian aesthetics on Glass and features the New York premiere of his The Passion of Ramakrishna, a Pacific Symphony co-commission for chorus, soloists, and orchestra that was given its world premiere by Pacific Symphony in 2006. The Pacific Chorale, which sang in the world premiere, will join Pacific Symphony for the performance at Carnegie Hall. The program also includes “Meetings Along the Edge” from Glass/Shankar collaboration Passages and Shankar’s Third Sitar Concerto, featuring the composer’s daughter Anoushka Shankar as soloist. Philip Glass is Carnegie Hall’s 2017-2018 Richard and Barbara Debs Composer’s Chair.

The performance takes place at Carnegie Hall’s Stern Auditorium on Saturday, April 21, at 8 p.m. Tickets priced $33 to $95 are available from Carnegie Hall by phone at (212) 247-7800, online at carnegiehall.org, or in person at the box office. 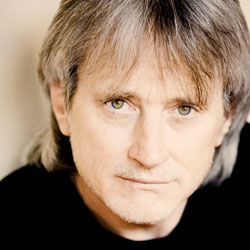 Pacific Symphony was invited to perform by Glass and Carnegie Hall after decades of championing the composer’s music in Orange County under Mr. St.Clair. The orchestra’s most significant collaboration with Glass has been The Passion of Ramakrishna, co-commissioned with the Nashville Symphony. The 2006 world premiere of the work by Pacific Symphony and the Pacific Chorale under St.Clair was part of the opening ceremonies for the Renée and Henry Segerstrom Concert Hall, where Pacific Symphony is the resident orchestra. The work was revived and recorded live during Pacific Symphony’s 2011 American Composers Festival, which was dedicated to Glass and—like the Carnegie Hall program—explored the influence of India's music and philosophy on his style and artistic thought. 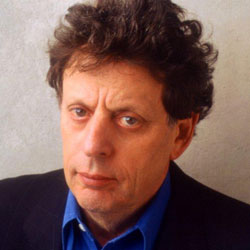 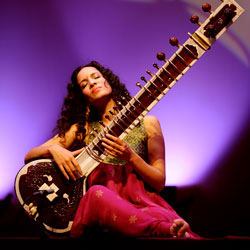 Ravi Shankar’s daughter Anoushka Shankar, a celebrated sitarist in her own right, joins St.Clair and Pacific Symphony in her father’s Third Sitar Concerto. Shankar gave the work’s world premiere in 2009, performing with the Orpheus Chamber Orchestra at Carnegie Hall. This concerto is one of four that Ravi Shankar composed for sitar and orchestra, and Shankar has performed these works around the world, with orchestras including the Berlin, London, Los Angeles, and New York Philharmonics.