Each year, Pacific Symphony explores a different facet of American music through the ACF. Since 2000, the festival has featured composers from Aaron Copland to Ana Lara to Michael Daugherty to Duke Ellington and artists from Yo-Yo Ma to Stephen Scott's Bowed Piano Ensemble. By examining this diverse musical heritage, the Symphony points a microscope at who we are as a culture, where we've been, and where we are going—some of the most important questions that music can raise. 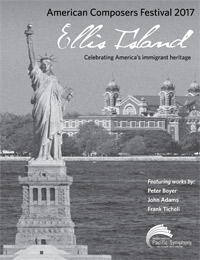 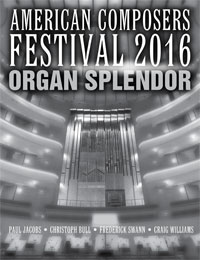 Pacific Symphony’s ACF in 2016, “Organ Splendor” turned the spotlight on organ music through four highly acclaimed organists and the splendor of the king of instruments—in this case, the one-of-a-kind William J. Gillespie Concert Organ, located in the Renée and Henry Segerstrom Concert Hall. For the central performance that was part of “Organ Splendor,” the audience was treated to the artistry of Orange County’s own Pacific Chorale and two of the world’s finest organists—Paul Jacobs and Christoph Bull. Pieces included the late Stephen Paulus’ Concerto No. 4 for Organ and “Pilgrim’s Hymn,” Wayne Oquin’s “Resilience,” Morten Lauridsen’s “Lux aeterna” and Bolcom’s “Humoresk.” 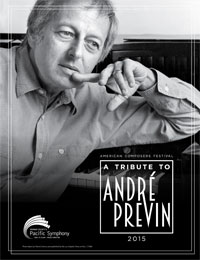 In 2015, Pacific Symphony celebrated the immense talents of one of the most versatile musicians of the 20th century: composer, conductor and pianist André Previn.  In addition to an international career in classical music, Previn has previously enjoyed success in the movies, musicals, popular music and jazz. No stranger to the Southland, Previn served as music director of the Los Angeles Philharmonic from 1985-89. Violinist Jaime Laredo and cellist Sharon Robinson joined the Symphony for the West Coast premiere of Previn's Double Concerto and the song cycle "Honey and Rue" was performed by soprano Elizabeth Caballero. The program, with Previn in attendance, also included "Principals" for Orchestra and "Owls."

From Screen to Score 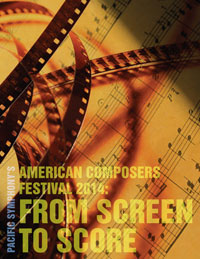 ACF continued for the 14th year with “From Screen to Score: New Concert Music by Famous Film Composers”—who happened to be four of today’s biggest Hollywood heavy-hitters: John Williams (“Star Wars,” “Raiders of the Lost Ark,” “E.T., the Extra Terrestrial”), Howard Shore (“Lord of the Rings,” “The Hobbit,” “Hugo”), James Horner (“Titanic,” “Star Trek,” “Apollo 13”) and Elliot Goldenthal (“Alien 3,” “Frida” and “Batman and Robin”). Together, these iconic composers boast 11 Oscars and countless billions of box office dollars. They also hold the ironic position of simultaneously being the most-heard orchestral composers ever (the soundtrack for “Titanic” sold 30 million copies), yet their music is the least performed. 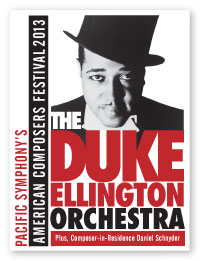 The Symphony’s 2013 ACF celebrated the music of two seemingly disparate figures—representing past and present: the iconic Edward Kennedy “Duke” Ellington (1899-1974) and living saxophonist-composer Daniel Schnyder, neither of whom fit neatly into a single musical category. Ellington’s works have inspired countless composers and musicians of the 20th and 21st centuries. During the Festival, the Symphony didn’t just refer to the music of Ellington, but presented the ensemble that carries his name and has been playing together in one form or another for more than eight decades: the Duke Ellington Orchestra. 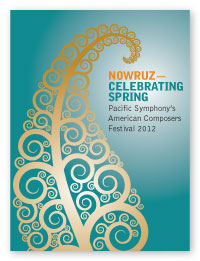 Pacific Symphony's 2012 ACF celebrated the Iranian New Year festival of “Nowruz,” marking the arrival of spring and celebrated since ancient times. The festival explored the music of Persian-Americans through programs featuring authentic Persian music. Guest artists include the acclaimed Shams Ensemble, Grammy Award-winning soprano Hila Plitmann; Iran’s best-known conductor Farhad Mechkat and Pacific Chorale. Among the highlights was a world premiere by composer Richard Danielpour, whose own Persian ancestry served as inspiration for his oratorio, “Toward a Season of Peace,” commissioned by the Symphony.

The Passion of Philip Glass 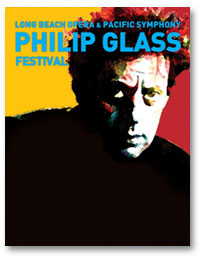 The unifying theme for the Symphony’s 2011 American Composers Festival, led by Music Director Carl St.Clair, is the influence that India’s music and philosophy have had on Philip Glass. The Festival focuses on the composer’s collaborations with Indian sitar master Ravi Shankar, whom Glass first met in India in 1965. In 2006, Pacific Symphony co-commissioned with the Nashville Symphony a work from Glass for orchestra and chorus, “The Passion of Ramakrishna,” which received its world premiere at the gala opening of the Symphony’s home, the Renée and Henry Segerstrom Concert Hall. 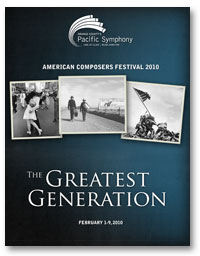 Pacific Symphony’s 10th ACF explored music by and about those who belonged to “The Greatest Generation.” The Great Recession of of the 1930's resulted in unprecedented challenges for the nation, giving this ACF greater relevance and meaning as it took a look back at a time that was in large part defined by The Great Depression. Among the highlights was a world premiere by the Symphony’s composer-in-residence, Michael Daugherty: “Mount Rushmore”; and West Coast premieres of Weill's “Song of the Inventory” and Walt Whitman Songs (orchestrated version). Ancillary events took place at the University of California Fullerton’s Meng Hall and the Orange County High School of the Arts. 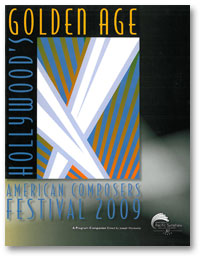 Pacific Symphony’s 2009 American Composers Festival celebrated the art of film music, past and present by exploring the differences between composing for concerts and composing for film—and how the two styles have evolved into what we hear today. This festival revisited a unique period in our country when a number of refugee composers fled to the United States from a turbulent Europe and found Hollywood hungry for their work. The period was explored by focusing on a handful of composers, including Miklós Rozsa, Erich Wolfgang Korngold, Bernard Herrmann, who were contrasted against modern-day masters James Newton Howard and Paul Chihara.

The West: Music Inspired by the American Frontier 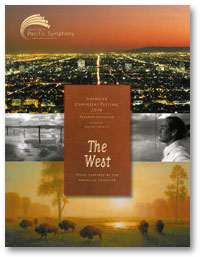 In 2008, The West: Music Inspired by the American Frontier, examined "the idea of the West" in American music, sketched by Dvorák and clinched by Aaron Copland, Virgil Thomson and Roy Harris. In a later stage, the idea migrated to the West Coast in the music of such Californians as Lou Harrison, whose "Four Strict Songs" were a revelation—as was the Bowed Piano Ensemble of Stephen Scott. The festival's commissioned composers were Scott and Curt Cacioppo; festival partners included Chapman University, which hosted a multi-media event. 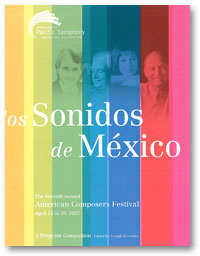 In 2007, Los Sonidos de México journeyed south of the border to celebrate the remarkable range and variety of Mexico's musical odyssey, much of which is rarely performed in Mexico or elsewhere. The festival included some two dozen compositions over the course of six concerts and included a commissioned new work by Daniel Catán—one of three participating Mexican composers (also Ana Lara and Enrique Diemecke). A three-hour multi-media Interplay tracked music and visual art from pre-Hispanic times to the present. 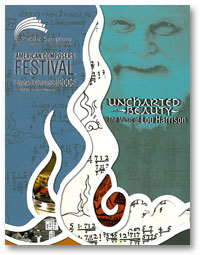 In 2006, "Uncharted Beauty: The Music of Lou Harrison" honored one of the great American composers of the 20th century, as well as a pioneer in the use of alternate tunings, world music influences and new instruments. It was the last in a three-year sequence exploring the influence of non-Western music on American composers of the 20th and 21st centuries. The festival included a variety of intimate chamber programs plus a large-scale concert celebrating the music of Harrison. It also featured film footage from Eva Soltes' documentary "Lou Harrison: A World of Music," courtesy of the Lou Harrison Documentary Project. 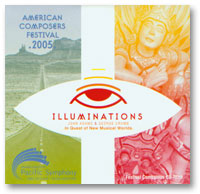 ACF in 2005 brought "Illuminations in Sound" featuring Colin McPhee, George Crumb and John Adams, was the second of the three-year festival sequence (ending with Lou Harrison) devoted to the influence of non-Western music on American composers. Richard Stoltzman played works by Adams and Steve Reich. Concentrating on the rapturous, the Symphony explored the influence of Indonesian gamelan, featuring little-known works by McPhee and Jose Evangelista. Two rarely heard transcriptions by Percy Grainger of piano works by Debussy and Ravel were performed alongside the original pieces. 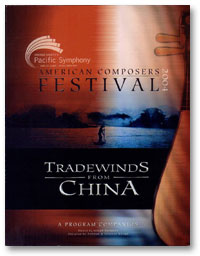 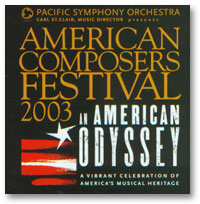 In 2003, prior to the trilogy, was "An American Odyssey" featuring the West Coast premiere of William Bolcom's monumental setting of William Blake's "Songs of Innocence and of Experience" in the course of exploring the interface between concert and popular styles. Additional festival events included a recreation of Paul Whiteman's 1924 "Experiment in Modern Music," with its premiere of George Gershwin's "Rhapsody in Blue," a newly scored set of Leonard Bernstein songs, and an evening of Blake settings by Virgil Thomson, Arthur Farwell, Henry Cowell, Alan Ginsberg and other Americans. 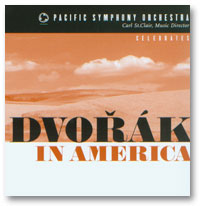 Sound of the Americas 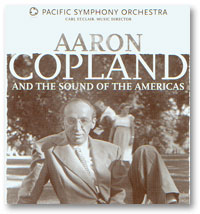 The first ACF took place in 2000 with Aaron Copland and the "Sound of the Americas," featuring a unique screening of the classic 1939 documentary "The City" with live symphonic accompaniment—the first in a series of Copland film scores that supported his creation of a 20th-century American concert voice. Additional festival events included three films, chamber and keyboard music and special guest William Warfield.